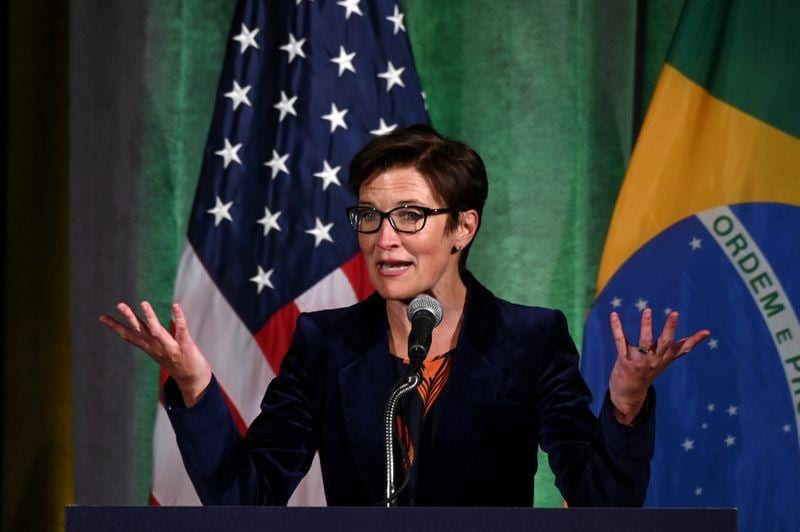 Fraser, 53, has been a rising star in the financial industry, with a career that spans investment banking, wealth management, troubled mortgage workouts and strategy in Latin America – a key geography for Citigroup. She will take the reins from CEO Michael Corbat in February, the bank said.

Fraser's promotion to CEO was celebrated as a step in the right direction for an industry that has few women or diverse executives in its top ranks.

"Great news for the company and for women everywhere!" tweeted Bank of America Corp

In an internal memo, Corbat characterized Fraser's new role as a groundbreaking event and a point of pride for Citigroup.

Fraser has spoken publicly about the struggles she faced as a young woman, and then a working mother, in a competitive industry.

At 2016 event hosted by an international business group, she described her early days as an investment banker, when women were expected to act and dress like men to succeed, as well as her experience juggling home life and work.

"I'm often asked, 'Can you have it all? Can you do it all?'" she said at a 2016 event hosted by an international business society. "And I say, 'Yes, you can, but you can't do it all at once and don't expect everything at once."

Fraser joins a small group of women who have broken through the glass ceiling to reach the C-suite at major financial firms.

Only 37 of companies on this year's Fortune 500 list are led by women.

Dylan Haggart, a partner at ValueAct Capital, which owns 27 million shares of Citigroup, said that the hedge fund had worked closely with Fraser in recent years and developed a "deep appreciation for her ability to lead thoughtful strategic transformation and drive operational results."

Credit Suisse analyst Susan Roth Katzke said the promotion came sooner than expected, and that investors are eager to get an audience with her. "Investors will need to hear more from Jane, sooner rather than later," she said.

Corbat, who has spent 37 years at Citigroup, was launched into the CEO role in 2012, when his predecessor suddenly left under pressure from investors. Since then, he has shifted Citigroup's strategy to focus on corporate businesses where it has strengths, like fixed-income trading and cash management, as well as credit cards and digital consumer banking.

He also wound down a huge book of troubled assets known as Citi Holdings, effectively transforming the bank from a bailed out, money-losing entity with operations spanning the world into a slimmer, more profitable version with targeted global operations.

Citigroup's annual profits have more than doubled under Corbat, but rival banks have done better. Only recently has Citigroup been able to meet performance targets that Corbat set and tweaked through the years.