(Reuters) - Cisco Systems Inc reported second-quarter revenue and profit above Wall Street estimates on Wednesday, as the network gear maker benefited from strong growth in its newer businesses such as application software and cyber security. 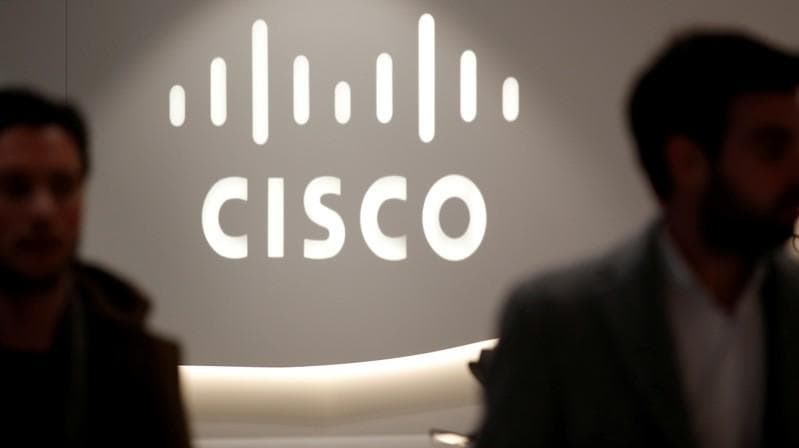 (Reuters) - Cisco Systems Inc reported second-quarter revenue and profit above Wall Street estimates on Wednesday, as the network gear maker benefited from strong growth in its newer businesses such as application software and cyber security.

Shares of the Dow component rose 3 percent in after-market trading after the company also boosted its share buyback program by $15 billion and raised its quarterly dividend.

Cisco pivoted to software and cyber security to offset slowing demand for its routers and switches as companies increasingly shift to cloud services offered by Amazon.com Inc, Microsoft Corp and Alphabet Inc instead of building their own networks.

The company also forecast third-quarter profit of 76 cents to 78 cents per share, the mid-point of which was in line with analysts' estimates.

Sales in its security business, which offers firewall protection and breach detection systems, rose 18 percent to $658 million, above estimates of $628.9 million.

Sales in its infrastructure platform business, which includes the company's traditional business of supplying switches and routers, rose 6 percent to $7.13 billion. Analysts had expected revenue of $7.05 billion, according to IBES data from Refinitiv.

(Reporting by Arjun Panchadar in Bengaluru; Editing by Anil D'Silva)