By Cheng Leng and Engen Tham BEIJING/SHANGHAI (Reuters) - China's efforts to pump 800 billion yuan (101.6 billion pounds) into companies via cheap bank loans to counter the economic impact of the virus outbreak have run into a snag: bureaucratic confusion. Communication issues, confusing eligibility criteria and different lending standards have caused a muddle between officials over which companies qualify and at what rate, according to seven sources with direct knowledge of the situation. That has left some banks at risk of future soured loans after offering finance to companies who turned out ineligible for subsidies, or holding loans which have already needed to be renegotiated 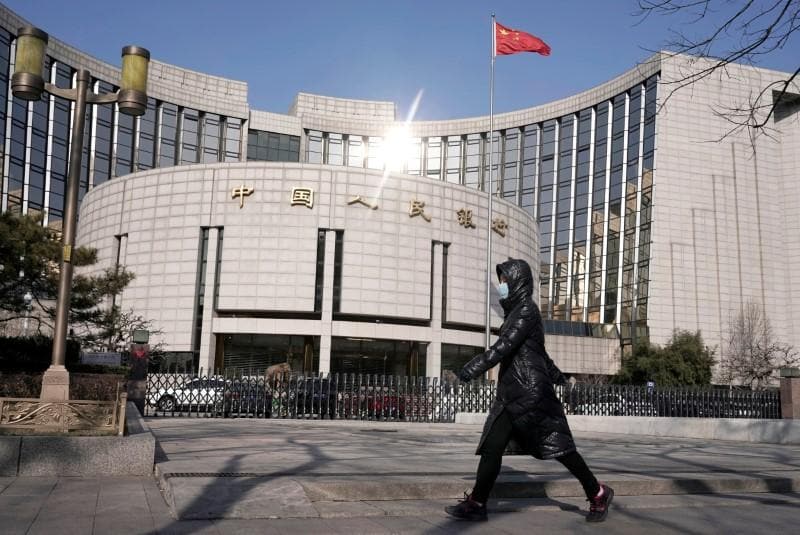 By Cheng Leng and Engen Tham

BEIJING/SHANGHAI (Reuters) - China's efforts to pump 800 billion yuan (101.6 billion pounds) into companies via cheap bank loans to counter the economic impact of the virus outbreak have run into a snag: bureaucratic confusion.

Communication issues, confusing eligibility criteria and different lending standards have caused a muddle between officials over which companies qualify and at what rate, according to seven sources with direct knowledge of the situation.

That has left some banks at risk of future soured loans after offering finance to companies who turned out ineligible for subsidies, or holding loans which have already needed to be renegotiated.

While China has frequently targeted lending along policy lines, these plans, announced as part of broader initiatives in January and again in February, represent the first time China's central bank has coordinated rescue efforts with other government departments.

Under the first plan to channel 300 billion yuan of cheap loans to help with epidemic control, China-based firms were encouraged to apply to either the Ministry of Industry and Information Technology (MIIT), which typically deals with tech policies or the National Development and Reform Commission (NDRC), the country's top state planner.

The two regulators circulated lists of eligible firms to banks, which could then lend the funds, safe in the knowledge they could reclaim the money from the People's Bank of China (PBOC). The borrowing companies could then also claim half the interest payments back from the finance ministry.

But a breakdown of communication between the departments on loan standards mean banks are left confused, said five bankers involved in the process.

Others were told that lists from local MIIT and NDRC offices have been cancelled or that the central bank had tightened its lending criteria after lenders had already conducted their own due diligence, they added. "Some banks already started negotiating with clients to rewind the interest rate back to a normal level of around 5%," instead of an agreed subsidised rate around 1.6%, said one banker at a local lender in Shanghai.

MIIT, NDRC, PBOC and the Shanghai branch of PBOC did not respond to requests for comment.

The central bank had backed 184 billion yuan of loans extended by banks as of March 13 under the first plan, and local commercial banks have issued another 107.5 billion yuan in loans at cheap rates to small firms and agricultural companies under the second plan, the PBOC said on March 15.

The second plan, which did not involve MIIT or NDRC, was designed to help small and agricultural firms resume operations.

But confusion remains there too.

Two bankers with direct knowledge told Reuters the Shanghai branch of the central bank circulated a list at the beginning of March setting out 800 "agricultural" and "small" firms eligible for targeted lending. Some foreign banks have received that list too.

But also on the list are local units of McDonalds Corp

KFC and McDonalds have told bankers calling to offer loans they are not interested, while Burger King is in the process of applying for a loan, said one person with direct knowledge.

"We're told to call up 50 firms each to go through the list," a loan manager at a local privately-owned bank told Reuters. "But I'm confused as to how some of the firms can be considered 'small' or classed as 'agriculture'?"

Other lists focused on other struggling sectors but also included big names, sending mixed messages on the intention of cheap loan plans.

Food delivery giant Meituan Dianping <3690.HK> and phone maker Xiaomi Corp <1810.HK> were seeking such loans from banks in Beijing via the local government finance bureau, while units of multi-nationals Unilver PLC and 3M Co were on a similar list compiled by MIIT in Shanghai, Reuters reported earlier.

Big state banks and smaller city lenders alike are under political pressure to lend - and they have been warned by financial regulators they will face unspecified repercussions if they do not do so, said one banker.

Still, those instructions are unclear.

"There's nothing written down," shrugged a Shanghai-based banker from a national lender. "It's possible that the threat won't materialise."

It was not clear how much of the planned lending to virus-hit companies had been gummed up by the confusion and some firms have already benefited from the loans.

Shanghai Kaimi Technology Co, a sanitizer manufacturer on the local city list, received a loan in mid-February for the purchase of raw materials, the company told Reuters.

The firm said it had already spent all the money.

(Reporting by Cheng Leng in Beijing and Engen Tham in Shanghai; Editing by Jennifer Hughes and Lincoln Feast.)