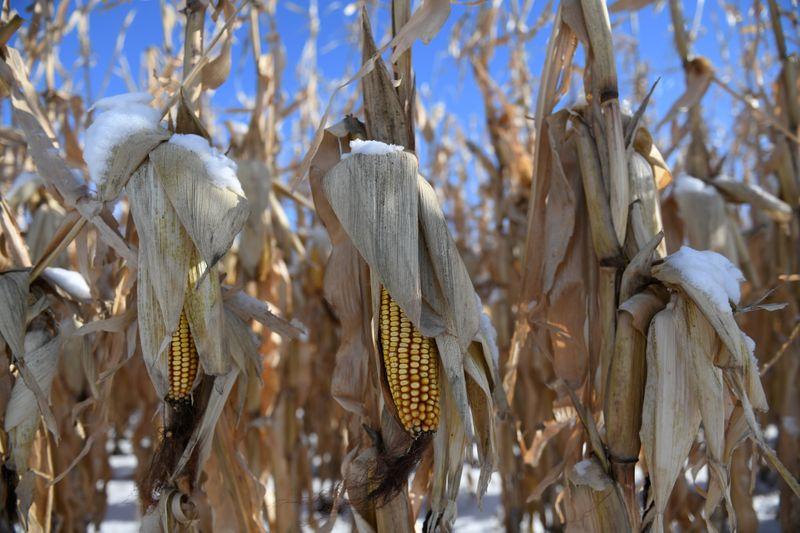 The move could make it harder for Beijing to meet import commitments in a Phase 1 trade deal due to be signed next week. U.S. President Donald Trump said last month the agreement would likely double China's $24 billion in pre-trade war purchases to $40-$50 billion annually.

China has not confirmed the amount.

Han's comments underline China's desire to protect its farmers even as it is under pressure to dramatically boost purchases of U.S. agricultural goods.

Purchasing exclusively from the United States, instead of export rivals such as Brazil and lower-cost suppliers like Ukraine, would distort global grain markets and raise costs for Chinese grain importers, he said. Feed grain demand has also dropped as African swine fever has killed about half of China's hog herd, he said.

Traders and analysts said the announcement appeared to be aimed at local concerns in China.

"This is soothing market nerves here," said Meng Jinhui, a corn analyst with Shengda Futures. "I think the market is worried about a blow from the possible increase of grain imports, and that (message) has gone to the high leadership."

Han, a vice agriculture minister and part of the negotiating team, said last month China would buy more U.S. wheat, rice and corn, leading to speculation that Beijing could increase annual quotas on the amount of wheat, corn and rice that can be imported at a tariff rate of 1%.

Han was quoted by Caixin as saying the quota is offered to global markets and "we won't adjust it for one country."

In 2017, before the trade war started, purchases of the three grains from the United States amounted to around $534 million, leaving room for a significant rise in imports within the existing quotas.

"Although there's certainly types of high-quality wheat that China would look to import, maxing out the tariff rate quota would also weigh on domestic producers," said Darin Friedrichs, senior Asia analyst at INTL FCStone, in a note late on Monday.

"China will be facing a tough balancing act of trying to satisfy the U.S. demands for large agriculture purchases, while also not hurting the rural population."

Increasing sales of meat, ethanol, distillers grains and soybeans are likely to be more important for reaching the U.S. target for doubling farm exports to China, said Shengda's Meng.

Soybeans, which are not covered by the grain quotas, made up more than half of China's agricultural purchases from the United States before the trade war. The nation's need for soybeans used to feed livestock has decreased as a deadly pig disease known as African Swine Fever has decimated China's hog herd. The country has been increasing meat imports, however.

The quota system has been heavily criticized by the United States, which last year won a World Trade Organisation ruling that China violated its obligation to administer the quota on a fair basis.

The agriculture ministry did not immediately respond to a request for comment.

(Reporting by Dominique Patton and Hallie Gu in Beijing, additional reporting by Karl Plume in Chicago; Editing by Richard Pullin and Bernadette Baum)