By Nick Carey and Ben Klayman DETROIT (Reuters) - Ford Motor Co on Wednesday posted a lower quarterly profit as high commodity costs and a China sales slump partially offset strong demand for pickup trucks and SUVs in North America, but results came in just above analyst estimates. The No 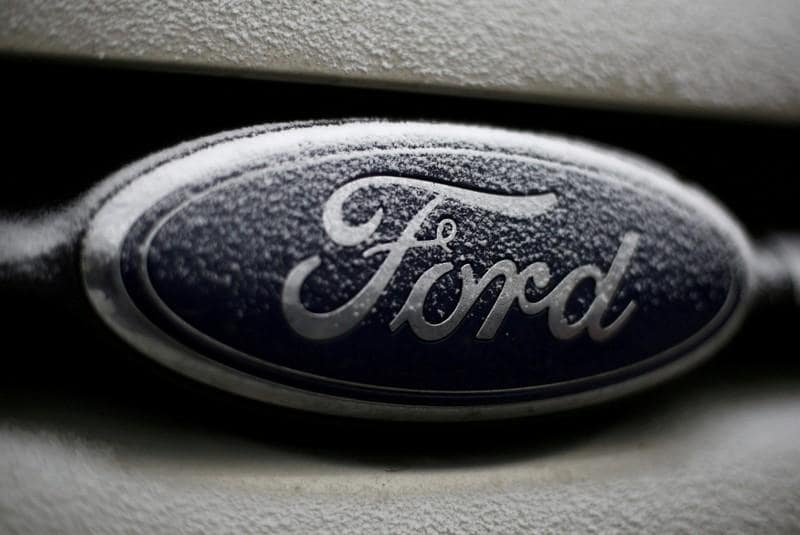 The No. 2 U.S. automaker maintained its full-year earnings forecast. Last quarter, Ford announced a pending restructuring that could lead to pre-tax charges of up to $11 billion and Chief Financial Officer Bob Shanks said that plan remains in place.

Some investors and analysts have been frustrated at a lack of details of those plans and Shanks said the company still has nothing to announce at this time.

"Nothing has changed in terms of providing a lot of details," Shanks said.

Ford's vehicle sales in China fell 43 percent in September from a year earlier and are down 30 percent in the first nine months of the year. Ford blames its weak China business on an aging model lineup that is awaiting an overhaul.

Late Tuesday, Ford named a new chief of its China operations, ending a nine-month search and putting in place an American national born in China.

The automaker has said it would not see a boost in China until it new SUVs begin rolling out there in 2019 and 2020.

Speaking to reporters at Ford's headquarters, CFO Shanks said that industry-wide Chinese vehicle sales would see a slight decline in 2019 versus 2018.

Shanks said Ford welcomed the tentative agreement between the United States, Canada and Mexico on an updated version of the North American Free Trade Agreement, but said the automaker would also like to see tariffs on steel and aluminium addressed as part of the revised treaty.

Hopefully those tariffs "will be eliminated and we'll get more normal economic pricing," Shanks said.

Ford said its North American operations managed a pre-tax margin of 8.8 percent in the third quarter, driven the continued shift by consumers to higher-margin pickup trucks and SUVs.

Excluding one-time items, Ford earned 29 cents per share in the quarter, 1 cent above average analyst estimates, according to Refinitiv.

Revenue for the quarter rose to $37.7 billion from $36.5 billion a year earlier.