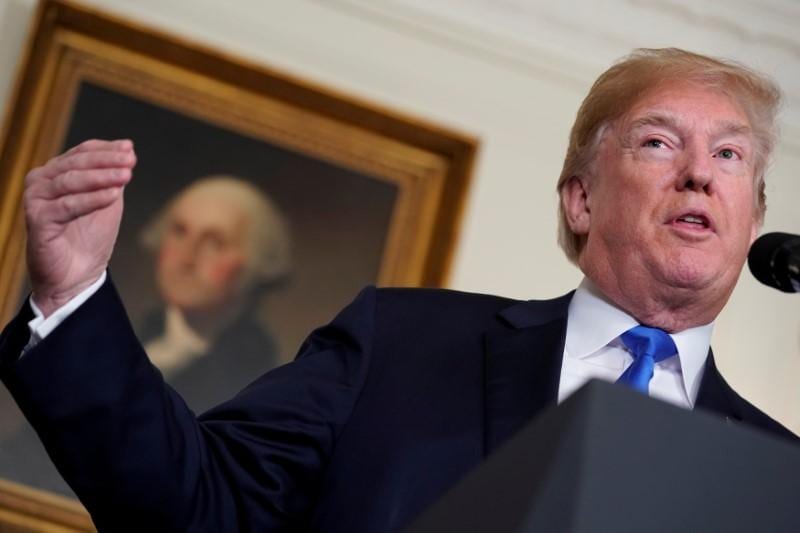 SINGAPORE/BEIJING (Reuters) - China will import record volumes of U.S. oil and is likely to ship more U.S. soy after Beijing signalled to state-run refiners and grains purchasers they should buy more to help ease tensions between the two top economies, trade sources said on Wednesday.

China pledged at the weekend to increase imports from its top trading partner to avert a trade war that could damage the global economy. Energy and commodities were high on Washington's list of products for sale.

As the two sides stepped back from a full-blown trade war, Washington neared a deal on Tuesday to lift its ban on U.S. firms supplying Chinese telecoms gear maker ZTE Corp, and Beijing announced tariff cuts on car imports.

But U.S. President Donald Trump indicated on Wednesday that negotiations were still short of his objectives when he said any deal would need a "different structure".

China is the world's top importer of both oil and soy, and more U.S. shipments will help it meet rising domestic consumption. The imports would also contribute to cutting China's trade surplus with the United States, as demanded by Trump.

Asia's largest oil refiner, China's Sinopec will boost crude imports from the U.S. to an all-time high in June as part of Chinese efforts to cut the surplus, two sources with knowledge of the matter said on Wednesday.

Sinopec's trading arm Unipec has bought 16 million barrels, or about 533,000 barrels per day, of U.S. crude to load in June, they said, the largest volume ever to be lifted in a month by the company and worth about $1.1 billion.

"The government has encouraged us to lift more U.S. crude," one of the sources said.

U.S. crude exports have risen rapidly as output from shale fields hits record highs and driven down the cost of U.S. oil relative to similar grades worldwide. Exports are straining U.S. pipeline and port infrastructure, and may be reaching the limit, one of the sources said.

"We want to buy more but they might not be able to export more," the source said.

Other Chinese refiners are looking to reconfigure their plants so they could buy and process U.S. oil, one trade source said.

In agriculture, China's state grain stockpiler Sinograin returned this week to the U.S. soybean market for the first time since early April, two sources said. Sinograin made enquiries about prices for U.S. soybeans, traders said, interpreted as a sign that government curbs on buying American goods had been lifted

"Sinograin is in the market today asking U.S. suppliers to make offers for shipment of old crop as well as new crop beans for shipment August onwards," said a source who works at a private soybean crushing company in China.

"It is a clear message to even private companies that it is okay now to import U.S. beans."

Two other sources briefed on the matter said Chinese state grain trader Cofco would be permitted to buy U.S. soybeans again, ending restrictions imposed by Beijing as trade tensions rose. The sources declined to be named as they are not authorised to speak to the media.

Sinograin, Cofco and the Ministry of Agriculture and Rural Affairs did not respond to requests for comment.

The Ministry of Commerce had not told state companies to increase purchases of U.S. soybeans, a ministry spokeswoman said.

U.S. Gulf export prices for the new soybean crop rose on Tuesday, which a U.S.-based trader said may indicate a revival in demand from China. Exporters were lining up supplies for October to December shipment, the trader said.

Improving trade relations appeared to be rekindling interest from China for other grains, traders said. That will come as a big relief to U.S. farmers, who saw orders cancelled and business dry up as Washington and Beijing lobbed trade-tariff threats at one another.

(Reporting by Dominique Patton and Hallie Gu in Bejing and Florence Tan and Naveen Thukral in Singapore; Additional reporting by Karl Plume in Chicago; Writing by Josephine Mason and Simon Webb; Editing by Alistair Bell)