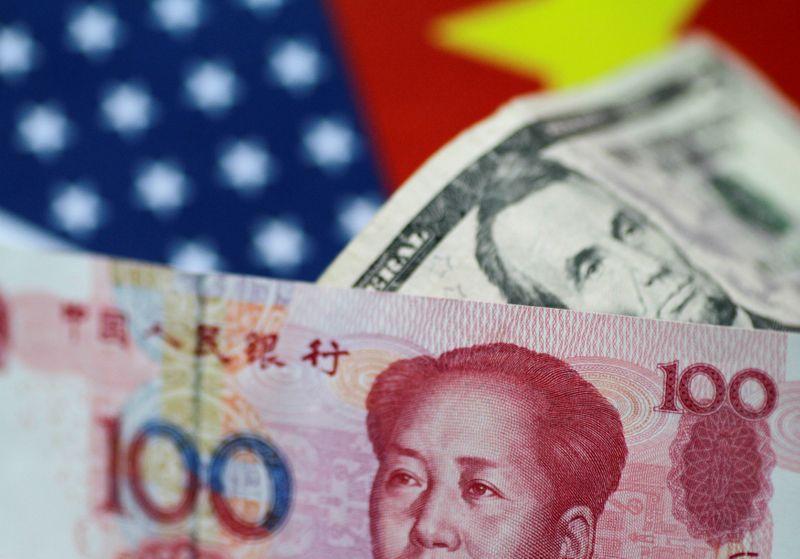 WASHINGTON (Reuters) - Tariffs slapped by China on U.S. products cost the most affected communities billions of dollars in lost auto sales in 2018 as the hit to local incomes undercut household spending, according to an analysis released on Wednesday by the National Bureau of Economic Research.

Those communities also saw slower job growth, Michael Waugh, an associate professor of economics at New York University's Stern School of Business and the study's author, said in the paper.

"Changes in trade policy had large effects on consumption," wrote Waugh, who analyzed county-level auto sales data before and after China retaliated against U.S. tariffs by imposing levies of its own, most notably on U.S. grown soybeans and pork.

The counties most exposed to tariffs, notably those in the agricultural Midwest, had auto sales roughly 2.5 percentage points lower than in counties whose local economies were less exposed to Chinese retaliation.

While car purchases were on average falling nationwide over that time, Waugh estimated that the most exposed communities lost additional auto sales worth around $2 billion, with another $7 billion in missed sales nationwide.

The overall impact on consumption was likely larger since Waugh's analysis focused only on autos. Consumers, he noted, may also have shifted to cheaper cars.

The finding speaks to a central debate in the U.S.-China trade war: How the economic pain of the tariffs in both directions is being distributed among producers, consumers and governments in the two countries.

The United States for example offered financial handouts to farmers who lost China export sales - a cost borne by all taxpayers. That does not appear to have prevented further local impacts in parts of the country where President Donald Trump has been the most popular.

The study did not estimate the number of jobs foregone as a result of China's retaliatory levies. But Waugh concluded that job growth in the goods-producing sector, which includes manufacturing, was 1.5 percentage points lower in the counties most exposed to Chinese tariffs.