By Stephanie Nebehay GENEVA (Reuters) - China is seeking $2.4 billion (£1.85 billion) in retaliatory sanctions against the United States for failing to comply with a World Trade Organization ruling in a case that highlights White House complaints about the global trade body. The WTO's Dispute Settlement Body (DSB) will review the case which dates back to the Obama-era on Oct 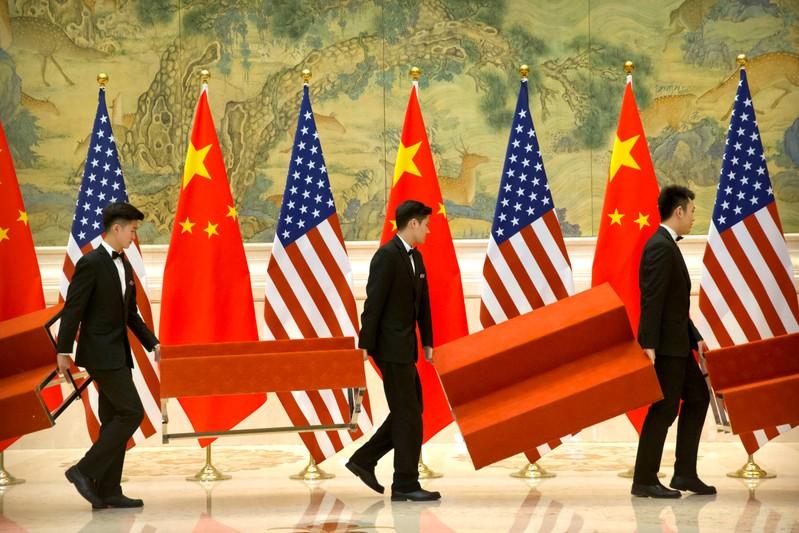 GENEVA (Reuters) - China is seeking $2.4 billion (£1.85 billion) in retaliatory sanctions against the United States for failing to comply with a World Trade Organization ruling in a case that highlights White House complaints about the global trade body.

The WTO's Dispute Settlement Body (DSB) will review the case which dates back to the Obama-era on Oct. 28, a document published on Monday showed.

WTO appeals judges said in July the United States did not fully comply with a trade body ruling about tariffs it put on Chinese solar panels, wind towers, and steel cylinders. They said Beijing could impose retaliatory sanctions if Washington did not remove them.

Washington has challenged the validity of the WTO ruling and could dispute the $2.4 billion in retaliatory sanctions, sending the matter to arbitration.

The dispute comes as the Trump administration, which is pushing the WTO to revamp rules allowing China to call itself a "developing country," battles Beijing in a wider trade war.

U.S. officials argue China benefits from easier treatment at the WTO, while subsidizing manufactured goods and dumping them on world markets.

The WTO's dispute body effectively gave Beijing a green light to seek compensatory sanctions in mid-August. The United States said at the time that it did not view the WTO findings as valid and that the judges had applied "the wrong legal interpretation in this dispute".

China continued to be the "serial offender" of the WTO's subsidies agreement, the U.S. delegation said then. U.S. officials in Washington and Geneva had no further comment on Monday.

Alan Wolff, deputy director-general of the WTO, the highest-ranking American in the organisation, declined to comment on the specific case at an event hosted by a Washington think tank.

But he said he remained convinced of the relevance of the WTO. He said the fact that members continued to file cases with the WTO demonstrated their belief that a bitter impasse over the WTO's dispute settlement process could eventually be resolved.

"The WTO ... can't prevent a trade war, but it can be part of the solution," he said. "There may be difficult times ahead, but ultimately the trading system will be survive and be improved."

China went to the WTO in 2012 to challenge U.S. anti-subsidy tariffs, known as countervailing duties, on Chinese exports that Beijing valued at $7.3 billion at the time.

The duties were imposed as the result of 17 investigations begun by the U.S. Department of Commerce between 2007 and 2012.

The office of U.S. Trade Representative (USTR) Robert Lighthizer has said the WTO ruling recognised that the United States had proved that China used state-owned enterprises to subsidise and distort its economy.

The ruling also said the United States must accept Chinese prices to measure subsidies, even though USTR viewed those prices as "distorted".

The United States and China have imposed a series of tit-for-tat tariffs over the past 15 months that have roiled financial markets and resulted in a sharp drag on global economic growth.

U.S. President Donald Trump said on Monday that work on a U.S.-China trade agreement was coming along well. On Friday he said a trade deal between the world's two largest economies will be signed by the time the Asia-Pacific Economic Cooperation meetings take place in Chile on Nov. 16 and 17.