By Liz Hampton HOUSTON (Reuters) - Energy trade with China will remain strong in the long term, officials said on Wednesday at a Sino-U.S. oil and gas forum in Houston, even as an escalating trade dispute hits U.S 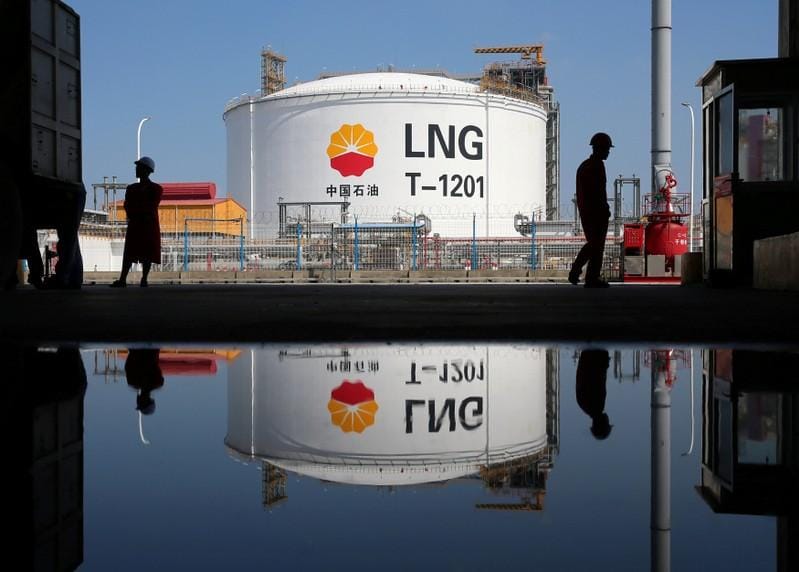 HOUSTON (Reuters) - Energy trade with China will remain strong in the long term, officials said on Wednesday at a Sino-U.S. oil and gas forum in Houston, even as an escalating trade dispute hits U.S. exports of natural gas.

Cooperation could be expanded and more could be done to promote trade and investment between the two countries, Li Fanrong, China's deputy administrator for the National Energy Administration, told delegates during opening remarks at the forum. There is effective cooperation between China and the United States, he said.

"Cooperation on energy is likely for the long term, despite short-term trade issues to course correct our global trade deals," Steve Winberg, assistant secretary to the U.S. Department of Energy's (DOE) Office of Fossil Energy, said in a statement.

Hosted by United States Energy Association (USEA), a group that seeks to advance energy infrastructure projects, the forum aims to build cooperation between the United States and China energy industries.

Despite trade tensions, some conference attendees said they were optimistic the U.S.-China energy relationship will weather the tariffs tit-for-tat.

"China is viewed by everybody in the sector as being the prime market for demand. I don't think any of that is changed by the discussion on trade issues," said Robert Gee, president of Gee Strategies Group and former assistant secretary to the Office of Fossil Energy during the Clinton Administration.

While energy officials on Wednesday did not specifically refer to the trade war in opening remarks, some U.S. government representatives were initially concerned that the Chinese delegation might not show for the event after some members of the National Energy Administration of China missed an event Tuesday evening, a person familiar with the matter said.

Most of the event was closed off to the media and access to Chinese and U.S. energy officials was restricted.

Still, Wednesday's forum hosted almost 200 people, the largest attendance in the 18 years it has been held, said Barry Worthington, executive director for the USEA.

"There is a different trading relationship than there has been in the past," said Worthington, pointing to increased exports from the United States.

The tariffs threaten to undermine the development of the U.S. LNG export industry, which eyes China as a major trading partner.

Exports of oil products and LNG to China have grown rapidly in the past two years. The U.S. exported 300,000 barrels per day of crude oil to China in the first half of 2018, and through July has exported 56 cargoes of LNG to China, totaling nearly 190 billion cubic feet of natural gas, said the DOE's Winberg.

The United States has exported over 1.3 trillion cubic feet of natural gas since LNG exports began in 2016, thanks to the country's shale boom, according the DOE.

Those exports were anticipated to increase to an average of 9.9 billion cubic feet per day in 2018, marking a 15 percent gain from last year’s levels, the DOE said last week.