Chile to China: Let us be your business hub in Latin America

(Reuters) - Chilean President Sebastian Pinera kicked off an investment forum in China on Thursday with an invitation for the Asian giant to use Chile as a jumping off point to do business in Latin America, even as Washington has warned Chile to proceed with caution. Pinera told the forum that Chile's objective was to attract more investment from Chinese companies in technology, electric vehicles, telecommunications, and e-commerce. 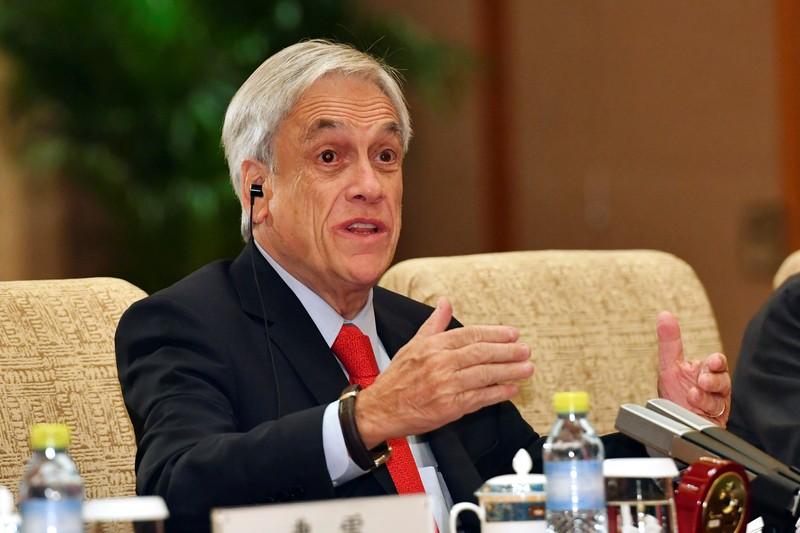 (Reuters) - Chilean President Sebastian Pinera kicked off an investment forum in China on Thursday with an invitation for the Asian giant to use Chile as a jumping off point to do business in Latin America, even as Washington has warned Chile to proceed with caution.

Pinera told the forum that Chile's objective was to attract more investment from Chinese companies in technology, electric vehicles, telecommunications, and e-commerce.

"We want to transform Chile into a business centre for Chinese companies, so that you can, from Chile, reach out to all of Latin America," Pinera told Chinese investors at an investment and innovation forum in Beijing, according to a Chilean government statement.

Pinera has met with several Chinese electric vehicle makers during his week-long visit to Asia, including BYD and Yutong. Chile is one of the world's largest producers of lithium, a key ingredient in electric vehicle batteries.

He also met executives from ride-hailing giant Didi Chuxing, which is planning to take on U.S. rival Uber in some of Latin America's fastest-growing markets, including Chile.

It was not immediately clear whether Pinera would meet with Chinese telecommunications company Huawei during the visit. Chile has been in talks with Huawei since at least 2017 regarding a possible trans-Pacific fibre optic cable, and other projects.

Pompeo earlier this month warned Chile that Chinese technology, including equipment made by Huawei, poses a security risk that could affect information sharing by the United States.

U.S. influence in Latin America has been increasingly challenged by China, whose booming economy over the past two decades has driven up demand for South America's raw materials.

Chile, among Latin America's most open economies and the world's top copper exporter, has sought to remain neutral amid the growing tensions, promoting instead the need for open markets and trade.