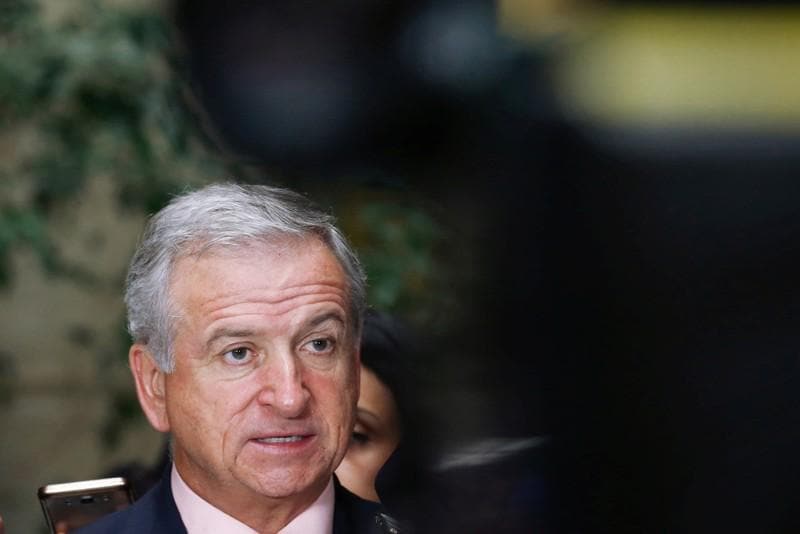 SANTIAGO (Reuters) - Chile's Finance Minister announced on Monday $600 million in additional stimulus in an effort to kick-start the top copper producer's sputtering economy, which has suffered from a downturn in mining and global trade tensions.

"The trade wars have worsened and Chile is not immune," Larrain told reporters.

Chile, which produces nearly one-third the world's copper, has suffered amid floundering global prices for the red metal. Heavy rains in the country's normally parched northern desert, home to many of its mines, labour strife and a blistering drought in its central agricultural region have also taken their toll.

Larrain said $63 million was earmarked for irrigation projects intended to help ease the pain of drought in central Chile, a region rich in vineyards and other fruit production.

Chilean officials have repeatedly downgraded expectations for growth in 2019, prompting the Pinera administration to implement $3 billion in new stimulus projects over the past several months.

Larrain in July estimated the economy would grow 3.2% in 2019, down from a previous estimate of 3.5% in April.