By Jennifer Hiller HOUSTON (Reuters) - Chevron Corp said on Monday it would buy oil and gas producer Noble Energy Inc for about $5 billion in stock, the first big energy deal since the coronavirus crisis crushed global fuel demand and sent crude prices to historic lows. Chevron, which last year dropped its offer for Anadarko when Occidental Petroleum Corp bid more, has been seen as a financially disciplined oil major best positioned to strike a deal during the downturn. 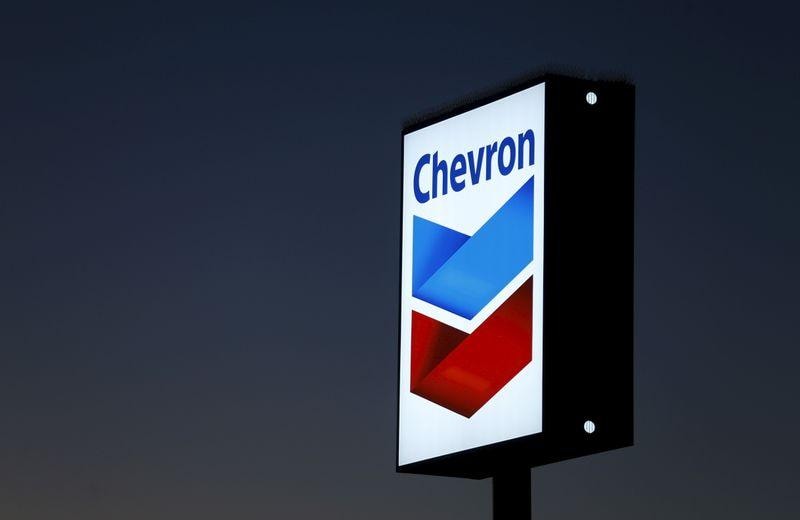 Chevron, which last year dropped its offer for Anadarko when Occidental Petroleum Corp

The deal diversifies Chevron's energy assets and makes it the first oil major to enter Israel. It "is a tremendous expression of confidence in the Israeli energy market," Israel’s Energy Minister Yuval Steinitz said in a statement.

The Israel assets "will rebalance the portfolio towards gas and provide a springboard" in the region, said Tom Ellacott, senior vice president at Wood Mackenzie. Chevron's shift to more natural gas output comes as oil companies are under pressure to reduce their carbon footprint. Gas is seen as a cleaner burning fuel.

"We engage with all of our different stakeholders as we go through something like this," Wirth said, declining to detail the timing of discussions with partner governments. "We’re certainly are mindful of the fact that there are political differences and tensions ...amongst those countries."

Noble "offers an unique combination of shale as well long-cycle assets," much as Anadarko would have, said Jennifer Rowland, analyst with Edward Jones, adding that she thought the deal was unlikely to spark a wave of consolidation.

Pavel Molchanov, analyst with Raymond James, said a bidding war was unlikely, noting the smaller scale of this deal - $5 billion versus the $33 billion Chevron had offered for Anadarko. He said other "prospective buyers would find it easier to replicate via other means."

Noble's assets will expand Chevron's shale presence in Colorado and the Permian Basin, the top U.S. shale field where Chevron had been under pressure to expand. Last year's bid for Anadarko was an attempt to boost Permian production, but Chevron ultimately walked away and instead pocketed a $1 billion break fee.

Since then, margins and drilling in the Permian have been decimated by the coronavirus crisis, which slammed fuel demand and pushed U.S. crude prices down to an average price of $20 per barrel in April. Prices have rebounded, yet they remain depressed, making assets cheaper. Just seven months ago, Noble had a market capitalization of about $12 billion.

The offer values Noble at $10.38 a share, a 7.5% premium to its Friday close. Including the company's debt pile, the deal is worth roughly $13 billion.

Chevron is paying a "moderate premium" reflecting a cautious outlook, said Andrew Dittmar, senior M&A analyst at data provider Enverus, who said "there aren’t that many companies with Chevron’s balance sheet strength and investor support to make up a buyer base" even though target companies are "plentiful."

Noble shareholders will own about 3% of the combined company, after the deal closes, expected in the fourth quarter.

The deal will help save about $300 million on an annual run-rate basis and add to free cash flow and earnings one year after closing, if global oil prices stay at $40, Chevron said.

It would add about 18% to Chevron's proved reserves. Noble had proved reserves of 2.05 billion barrels of oil and gas, while Chevron reported 11.4 billion.