By Gabriela Baczynska and Guy Faulconbridge BRUSSELS/LONDON (Reuters) - The head of the European Commission said on Wednesday the chances of reaching a trade deal with Britain were fading by the day as the British government pushes ahead with moves that would breach their divorce treaty. The British government announced draft legislation last week which it acknowledges would violate its international legal obligations and undercut parts of the divorce deal it signed before Britain formally left the European Union in January. 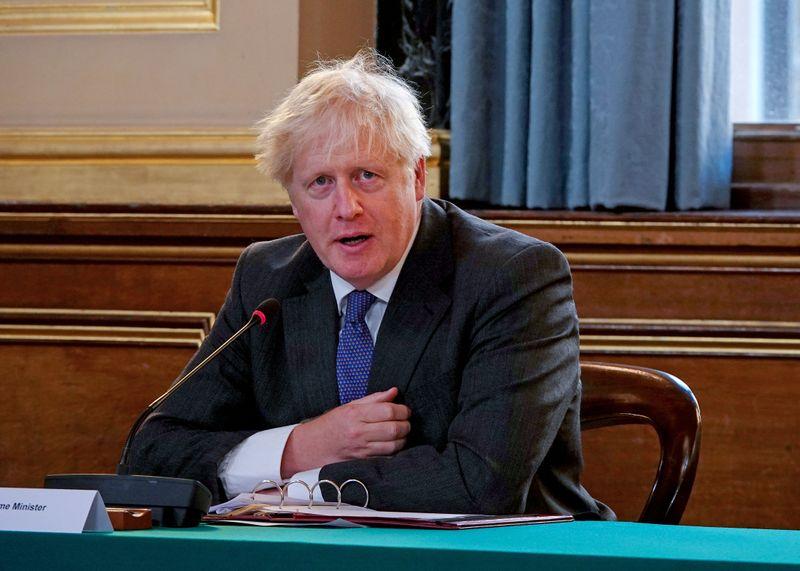 By Gabriela Baczynska and Guy Faulconbridge

BRUSSELS/LONDON (Reuters) - The head of the European Commission said on Wednesday the chances of reaching a trade deal with Britain were fading by the day as the British government pushes ahead with moves that would breach their divorce treaty.

The British government announced draft legislation last week which it acknowledges would violate its international legal obligations and undercut parts of the divorce deal it signed before Britain formally left the European Union in January.

Brussels wants Prime Minister Boris Johnson to scrap what is known as the Internal Market Bill, saying it could sink talks on future trade arrangements before Britain finally leaves the EU's orbit when a status quo transition period ends in December.

"With every day that passes, the chances of a timely agreement do start to fade," said Ursula von der Leyen, President of the European Commission, the EU executive.

In a speech to the European Parliament, she said the divorce agreement "cannot be unilaterally changed, disregarded or dis-applied".

"This is a matter of law, trust and good faith ... Trust is the foundation of any strong partnership," she said.

The EU fears a disorderly Brexit if the terms of the trade relationship are not agreed, and former British prime ministers have said breaking the law is a step too far that undermines the country's reputation.

Johnson has said the bill was essential to counter "absurd" threats from Brussels including that London be required to put up trade barriers between Britain and its province of Northern Ireland and that the EU would impose a food blockade. Such steps, he said, would threaten the unity of the United Kingdom.

Asked on Wednesday if the EU was negotiating in good faith, Johnson said: "I don't believe they are."

"Perhaps they will prove my suspicions wrong," Johnson said.

Johnson's Internal Market Bill has been criticised by senior members of his governing Conservative Party and the previous five prime ministers have also expressed concern at the damage it might do to Britain's international standing.

However, he appeared to have averted a rebellion by Conservative lawmakers which might have derailed it altogether after agreeing to a compromise with them on Wednesday.[L8N2GD4RA]

"It is agreed that the parliamentary procedure suggested by some colleagues provides a clearer, more explicit democratic mandate for the use of these powers, and also provides more legal certainty," the government and two of the rebel lawmakers said in a joint statement.

It will mean parliament will have to give its approval before ministers can use the powers which override the Brexit divorce deal.

Earlier, Britain's Northern Ireland minister Brandon Lewis told parliament he stood by remarks he made last week that the bill would "break international law in a very specific and limited way".

However in a sign of continuing unease with the plans, Scotland's top law adviser to the British government, Richard Keen, quit his role, saying he could not reconcile his legal obligations with the government's policy intentions.

His resignation comes after the head of the British government's legal department quit last week over the issue.

EU diplomatic sources told Reuters that if the bill was passed in its current form, Brussels felt it could not deal with London.