OTTAWA (Reuters) - Prime Minister Justin Trudeau on Wednesday said Canada would spend an estimated C$15.7 billion ($11.7 billion) to renew its coast guard fleet and that it would partner with a new shipyard to complete the project. 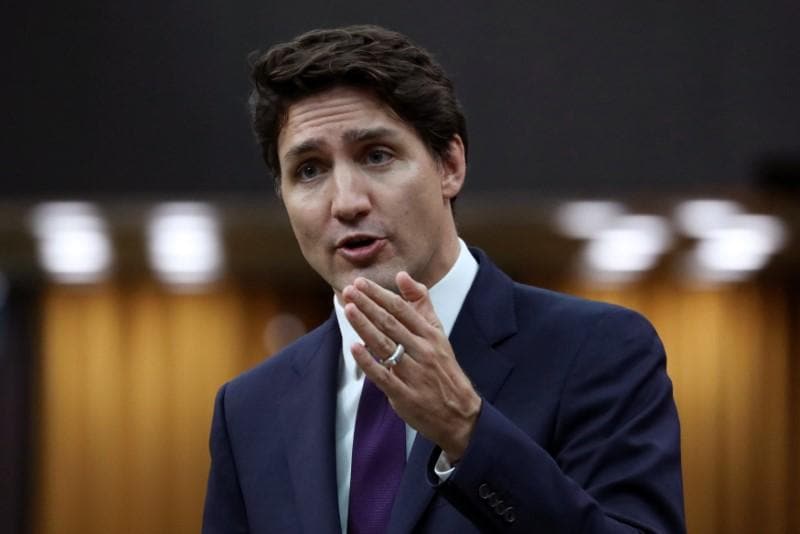 OTTAWA (Reuters) - Prime Minister Justin Trudeau on Wednesday said Canada would spend an estimated C$15.7 billion ($11.7 billion) to renew its coast guard fleet and that it would partner with a new shipyard to complete the project.

Two Arctic icebreakers will be among a total of 18 new ships ordered, Trudeau told reporters in Vancouver. They will be built by Irving Shipbuilding in Halifax on the east coast, while 16 multi-purpose vessels will be built by Vancouver Shipyards on the west coast.

"Our government will be doing a full renewal of the Canadian coast guard fleet and creating new shipbuilding jobs right here in British Columbia," said Trudeau, who is standing for re-election later this year.

"Canada has the world's longest coastline and Canadians know its absolutely essential that we protect it and that we patrol it."

With the average age of the vessels in the current fleet almost 38 years, an additional C$2 billion will be spent to extend their operations, Trudeau said.

Additionally, a new shipyard - probably Davie Shipbuilding in Lauzon, Quebec - will be selected to partner with the government on the project.

"We recognize that the addition of a third naval shipyard represents an opportunity for Davie and we're looking forward to seeing their bid to ensure that they can qualify to be that third shipyard," Trudeau said.

"This will create over 2,000 well paid jobs in Quebec," Davie Shipbuilding said in a statement, adding that it looked forward to becoming an "active partner" with the government.

Trudeau, leader of the Liberal Party, is trailing Conservative Party rival Andrew Scheer about five months ahead of the national election, recent polls show. The shipyards are in areas that are considered important battlegrounds in the upcoming vote.

"Conservatives have been pressuring the Trudeau government for years on this very issue," Conservative lawmaker Todd Doherty said in a statement.

Though Doherty said the Liberals had no plan to pay for the ships, he said Canada "needs new ships, especially heavy icebreakers, as soon as possible."