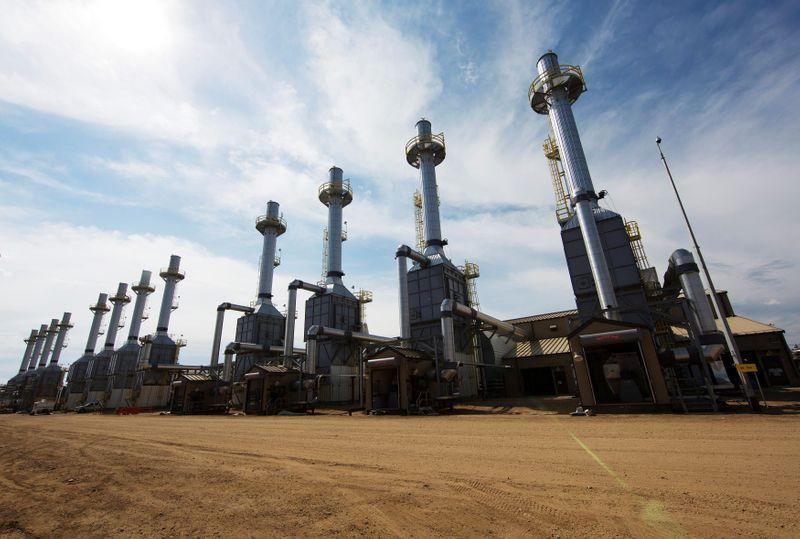 The collapse in fuel demand during pandemic lockdowns has put additional pressure on companies in Canada, the fourth-largest global oil producer, forcing them to cut costs.

They have been under stress for six years, dating back to the last downturn, due to congested pipelines and the flight by foreign oil companies and investors from Canada's high production costs and emissions.

The deal makes Cenovus an integrated producer with refineries in Canada and the United States, adding to their existing half-ownerships in two U.S. refineries.

"In one fell swoop, this deal will almost completely remove our exposure to (West Texas Intermediate/Western Canada Select) differentials," Pourbaix told analysts on Sunday, referring to the discounts.

Pourbaix said the deal did not come in response to the risk that oil pipelines will be more difficult to build if Democrat presidential nominee Joe Biden wins the White House on Nov. 3.

After the deal closes, Cenovus shareholders would own 61% of the combined entity, with Husky shareholders controlling the rest. Hong Kong tycoon Li Ka-shing-controlled Hutchison Whampoa would hold a 15.7% stake in the new company.

Hutchison Whampoa is the biggest shareholder of Husky currently, with a 40.2% stake.

Cenovus' deal for Husky is valued at C$23.6 billion, including debt, the companies said.

It is the biggest Canadian oil and gas deal in nearly four years, based on enterprise value, said Tom Pavic, president of Sayer Energy Advisors, which advises on M&A.

Husky shareholders will receive 0.7845 of a Cenovus share and 0.0651 of a Cenovus share purchase warrant in exchange for each Husky common share, according to the statement. Husky's market value stood at C$3.2 billion as of Friday's close, which implies Cenovus is offering a 19.5% premium through the all-stock deal.

Cenovus and Husky shares have lost 63% and 70% respectively this year, exceeding the Toronto energy index <.SPTTEN> loss of 53%.

The combined company is expected to generate annual synergies of C$1.2 billion and will operate as Cenovus Energy Inc with headquarters in Alberta.

Cenovus said the combined company will be able to produce 750,000 barrels of oil equivalent per day (BOE/d).

The transaction has been approved by the boards of both Cenovus and Husky and is expected to close in the first quarter of 2021, the companies said.

(Reporting by Ann Maria Shibu in Bengaluru and Rod Nickel in Winnipeg; Writing and additional reporting by Denny Thomas; Editing by Susan Fenton and Nick Zieminski)