By David Ljunggren OTTAWA (Reuters) - The Canadian government will unveil its budget for the 2019/20 fiscal year on March 19 and outline ways to provide more access to prescription drugs, Finance Minister Bill Morneau said on Wednesday, confirming a report from Reuters. The budget is the last before a federal election in October. Polls suggest the ruling Liberals could have trouble winning a second consecutive parliamentary majority. 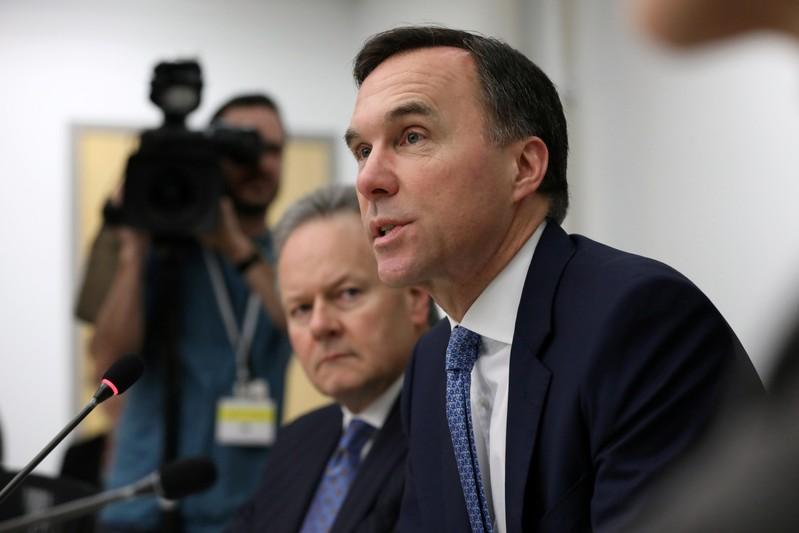 OTTAWA (Reuters) - The Canadian government will unveil its budget for the 2019/20 fiscal year on March 19 and outline ways to provide more access to prescription drugs, Finance Minister Bill Morneau said on Wednesday, confirming a report from Reuters.

The budget is the last before a federal election in October. Polls suggest the ruling Liberals could have trouble winning a second consecutive parliamentary majority.

"We're going to talk about our twin goals of ensuring that our pharmaceutical system is both appropriate in terms of its costs and that we find a way for better coverage for all Canadians," Morneau told reporters.

Reuters reported on Jan. 31 that the budget would propose a limited expansion to the universal healthcare system in the budget to cover part of the cost of prescription drugs. Although Canada has a publicly funded health care system, prescription medication is largely covered by private insurance and public plans that are geared primarily toward the old and the very poor.

"We have a system that doesn't provide all Canadians with access," Morneau said.

The Liberals came to power in late 2015 promising to run modest budget deficits to help fund investments in the economy. The party now declines to say when the budget will be balanced.

"We believe it's very important for us to continue to be fiscally responsible and that will be demonstrated in our budget," Morneau said.

When pressed about the continuing deficits, Liberals say that a more important indicator is the debt-to-GDP ratio, which is forecast to continue dropping gradually.

(Reporting by Julie Gordon in Ottawa; Editing by Peter Cooney and Leslie Adler)