By David Lawder NEW YORK (Reuters) - Canada is not making concessions needed to reach a deal with the United States for a trilateral NAFTA pact and is running out of time before Washington proceeds with a Mexico-only agreement, a top U.S. official said on Tuesday 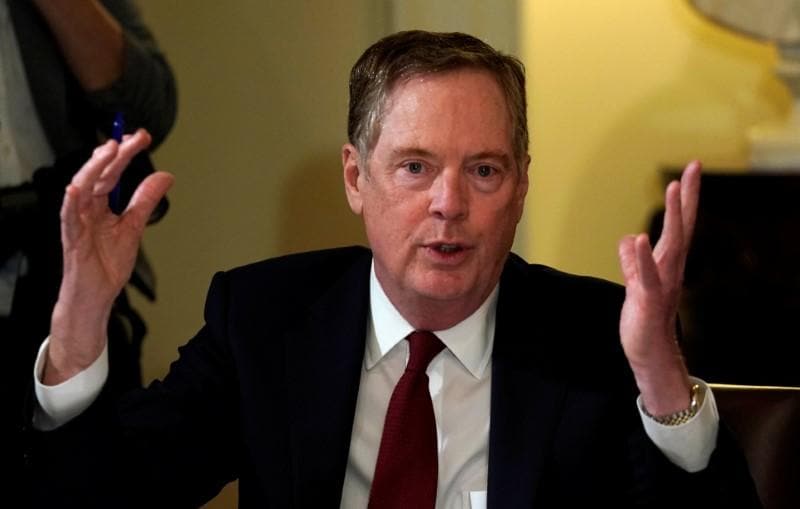 NEW YORK (Reuters) - Canada is not making concessions needed to reach a deal with the United States for a trilateral NAFTA pact and is running out of time before Washington proceeds with a Mexico-only agreement, a top U.S. official said on Tuesday.

The administration of President Donald Trump recently began increasing the pressure on Canada, urging it to conclude a deal by Sunday or face exclusion from a revised North American Free Trade Agreement.

U.S. Trade Representative Robert Lighthizer said there was "some distance" between the two sides on issues such as access to Canada's dairy market and how best to settle trade disputes.

"The fact is, Canada is not making concessions in areas where we think they're essential," he said at the Concordia Summit in New York.

He added: "We're sort of running out of time."

The office of Canadian Foreign Minister Chrystia Freeland, who sits opposite Lighthizer at the negotiations, did not respond to a request for comment. The two are in New York for a U.N. meeting but it is unclear whether they will meet.

U.S. automakers and congressional aides now believe a deal with Canada is not possible by the deadline, which they said would most likely prompt the United States to move ahead with a bilateral agreement with Mexico.

But they also predicted new talks with Canada in another attempt to settle outstanding issues before the signing with Mexico, which would be set for Nov. 30.

The Trump administration has said the text of an agreement is needed by Sunday to allow the current Mexican government to sign it before it leaves office at the end of November.

Trump has demanded major changes to NAFTA, which he has said caused U.S. manufacturing jobs to move to low-wage Mexico. Markets are nervous about the impact on a deal that underpins $1.2 trillion in annual trade.

Canadian officials have said that despite the U.S. threats to go it alone with Mexico, they do not believe Trump can by himself turn the 1994 pact into a bilateral deal.

U.S. business groups, alarmed by the potential disruption to the three increasingly integrated economies, have lobbied the White House to keep NAFTA as a trilateral deal.

Canadian Prime Minister Justin Trudeau, who has repeatedly stated he would rather walk away from NAFTA than sign a bad deal, spoke before Lighthizer at an event hosted by the Council on Foreign Relations in New York and took a more cautious tone.

"They (the United States and Mexico) made certain agreements," he said. "I think there's a possibility there to build on what they agreed."

"With Mexico, we're not going to say: 'No deal' because of Canada," Lighthizer said. "That doesn't make any sense at all, so hopefully we'll end up with something with Canada."

Canada also has made clear the United States needs to withdraw Trump's threat of a 25 percent tariff on autos for a deal to be possible.

The United States, citing security reasons, imposed tariffs on Canadian steel and aluminium in late May. Lighthizer said those tariffs would be addressed once NAFTA had been completed.