Canada, Europe to choose when 737 MAX is safe as regulators meet

By David Shepardson and Allison Lampert FORT WORTH, Texas/MONTREAL (Reuters) - In a potential challenge to U.S.-led efforts to build consensus on the Boeing Co 737 MAX flying again, Canada and Europe said on Wednesday they would bring back the grounded aircraft on their own terms if their specific concerns are not addressed. 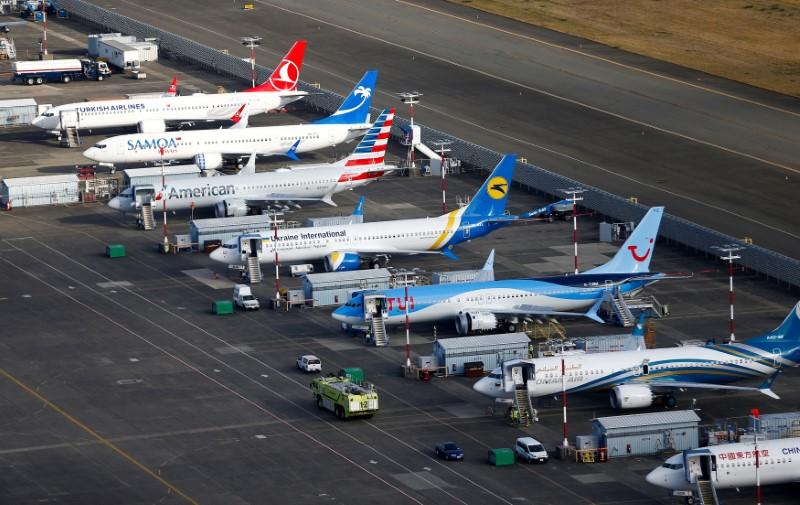 By David Shepardson and Allison Lampert

FORT WORTH, Texas/MONTREAL (Reuters) - In a potential challenge to U.S.-led efforts to build consensus on the Boeing Co 737 MAX flying again, Canada and Europe said on Wednesday they would bring back the grounded aircraft on their own terms if their specific concerns are not addressed.

Global regulators will meet in Fort Worth, Texas, on Thursday where the U.S. Federal Aviation Administration hopes to reach an international consensus on how to move forward with the MAX, U.S. officials told Reuters.

The plane was grounded worldwide in March following a fatal Ethiopian Airlines crash just months after a similar Lion Air disaster in Indonesia which together killed 346 people.

Global airlines that had rushed to buy the fuel-efficient, longer-range aircraft have since cancelled flights and scrambled to cover routes that were previously flown by the MAX.

"From our point of view, if we all work together and we all reach the same aim, fine. If we don't, we'll choose our own time to decide when the planes are safe to fly again," Canadian Transport Minister Marc Garneau told Reuters in an interview.

"The number one focus for us is that we in Canada must be satisfied. It doesn't matter what others do. So if we are not perfectly synchronized with certain other countries that's how it’s going to be," Garneau said.

Regulators are expected to discuss Boeing's proposed software fix and new pilot training that are both key to re-starting flights. Boeing has not yet formally submitted its proposals to the FAA.

A spokesman for the European Aviation Safety Agency said on Wednesday that it would complete an additional independent design review of the plane once the FAA approves Boeing's proposed changes and establishes "adequate training of Boeing MAX flight crews."

Foreign regulators have already signalled disagreements over measures to end the grounding, with Garneau calling in April for pilots to receive simulator training for the MAX, rather than computer courses, going a step beyond FAA-backed proposals.

United Airlines Chief Executive Oscar Munoz said on Wednesday that FAA approval is only the first step, with public and employee confidence key to deciding when to fly its 14 MAX jets again.

(Reporting By Allison Lampert in Montreal and David Shepardson in Fort Worth, Texas; Additional reporting by Tracy Rucinski in Chicago; Editing by Susan Thomas)