Budget 2016: Jaitley's promise to double farmers' income in 5 years is next to impossible

The finance minister’s beginning was highly predictable. On the macroeconomic background he said precisely what he has been saying since he came to power – that the preceding government had spoilt everything, that the international scenario was challenging, and that his government had worked wonders.

But after that mindless beginning, his tone was very different. He devoted the first hour and ten minutes of his talk to expenditure proposals. That is par for the course. But it was better organised. He divided it into five areas of expenditure: agriculture, villages, social issues, education and infrastructure. 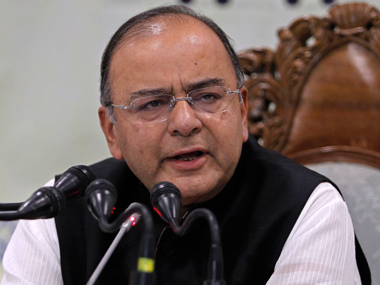 He declared his government’s ambition to double farmers’ income in five years. He did not specify whether he meant money incomes or real incomes. If the former, he need hardly wait that long. He only has to generate enough inflation and jack up minimum support prices, and abracadabra, it will be done.

If he meant real incomes, I am prepared to bet a million rupees that he cannot do it even if he lasts for five years. Doubling incomes in five years implies an average growth rate of 14.9 percent a year. Income elasticity of demand for agricultural products must be something like 0.5-0.7. So total real income would have to grow at 20-30 percent a year. The highest five-year growth rate India has ever achieved comes to about 8 percent. I doubt if any country in the world has reached the growth rate Jaitley has promised.

It would be unfair to give the impression that Jaitley is ignorant. He taught me, for instance, that the output of honey has grown from 76,000 to 86,000 tons, and that a village bahu cooking on an open wood fire imbibes smoke equivalent to 400 cigarettes. If that were true, our rural women should have much shorter lives than men. We do have only much fewer women than men, but that is largely because girls are killed off in infancy or in embryo. There is no evidence that those girls that are allowed to live have shorter lives than men.

India is one of the world’s most poorly educated countries. Ashamed of this, the government has worked hard in the past three decades to push children into schools: it has built schools, and pressed people to send girls to school. As a result, virtually all children go to school at least for some time. But their proportion in school drops off rapidly as they get older; and a very small proportion makes it to university.

The government has permitted the opening of a large number of bad universities; but that apart, it has left tertiary education alone, and concentrated on getting children into school. Now, Jaitley has announced a higher educational financing agency. It will borrow money; so presumably it will give loans, for if it were to give scholarships out of borrowed money it would go bankrupt. Loans are a poor option. European countries give scholarships; loans are more common in the United States; and it finds it difficult to recover the education loans. The prevalence of bad debts is very high. That is what Jaitley’s scheme is heading for: even fewer Indians will give back educational loans. He should even now think instead of giving university scholarships. India now has fairly good, reliable, national school-leaving examinations. All he has to do is to say that the top 10 per cent will get scholarships if they can prove lack of resources.

The Prime Minister likes to invent slogans; some of them are quite good. One of his most famous ones is Make in India. The object is missing, so foreigners did not know what they were being invited to make. The government has been giving tiny little concessions on its elaborate restrictions on foreign direct investment, but foreigners do not have the patience or knowledge to work out what they mean, so foreign direct investment has been pretty sluggish. Now, Jaitley has announced that the government will allow fully owned foreign subsidiaries to enter food processing. Obviously, this must be because few Indian manufacturers want to enter the industry. They have to get the raw materials through mandis, which are controlled by trade cartels; apart from the hassles, the prices are jacked up too high, and food processing is unprofitable. Foreign companies will find it equally unprofitable. But food processing is not rocket science; it does not need even Indian corporates. Many little entrepreneurs in rural areas would themselves do it and sell the products in neighbouring areas. But all manufacturing requires some source of energy, the most convenient of which is electricity. Jaitley has promised to take electricity to the last villager by 2018; she will get it for at least a minute a day. Now, all Jaitley has to do is to promise 24-hour electricity at a reasonable price everywhere, and there will be an industrial revolution across the villages. But if his repeatedly postponed delivery of goods and services tax is any guide, manufacturers would be well advised to take any such promise with a pinch of salt.

To conclude, Jaitley does not address macro issues, which only the budget can deal with. It would be unfair to say that he knows no economics, for we have no evidence of the ignorance, only of disuse. In any case, he has a first-class chief economic adviser, so the knowledge is within his reach; it is his choice not to grasp it. But as I have shown in this column, even when he reaches out to something, his grasp is less than perfect.

How can such a renowned lawyer do so poorly in budget making? There are two possibilities. One is that lawyers are worshippers of ignorance; this is supported by their attacks on the students of Jawaharlal Nehru University. The other is that one can be good at law – and as Jaitley proves, at politics – without knowledge skills. That would be a rather extreme conclusion. I therefore veer towards a third conclusion: Jaitley’s skills are not intellectual but emotional. He is good at making friends, helping people, and trading influence. He has all the skills necessary to make a good politician, except one: in politics, one has also to be good at defeating enemies and manoeuvring with intrigue. He is just the right man for the wrong job.