By Huw Jones and David Milliken LONDON (Reuters) - All seven British banks and building societies in this year's Bank of England stress test passed, indicating they could withstand a disorderly Brexit without having to curb lending. The BoE's Financial Policy Committee (FPC) said on Wednesday that it has reviewed a scenario whereby Britain crashes out of the European Union in March with no deal or transition period 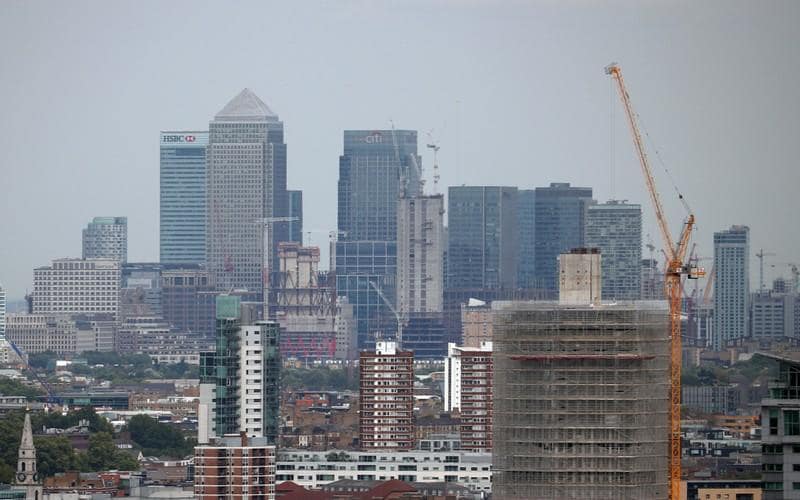 By Huw Jones and David Milliken

LONDON (Reuters) - All seven British banks and building societies in this year's Bank of England stress test passed, indicating they could withstand a disorderly Brexit without having to curb lending.

The BoE's Financial Policy Committee (FPC) said on Wednesday that it has reviewed a scenario whereby Britain crashes out of the European Union in March with no deal or transition period.

"The FPC judges that the UK banking system is strong enough to continue to serve UK households and businesses even in the event of a disorderly Brexit," it said in its twice-yearly Financial Stability Report.

"No bank needs to strengthen its capital position as a result of the stress test," it said, adding that the stress test was tougher on banks than the disorderly Brexit scenario.

Parliament is due to vote on Dec. 11 on Britain's divorce settlement and transition deal with the EU, but it is unclear if it will be approved, raising the prospect of a no-deal Brexit.

The test results could, however, dampen expectations of increased payouts by lenders such as Barclays, whose Chief Executive Jes Staley has stoked hopes for investors.

"Despite speculation regarding 2019, we reaffirm our expectation of no buyback (at Barclays) until 2020, where our existing forecast is 1 billion pounds,” Ian Gordon, banking analyst at Investec in London, following the test results.

Barclays said in a statement that it remained its intention to more than double its dividend to 6.5 pence per share for 2018, subject to regulatory approval.

Gordon said other lenders’ plans to increase capital next year - including Lloyds, Standard Chartered and RBS – should be unaffected by the stress tests.

State-controlled RBS sailed through the tests, potentially paving the way it to hike its dividend after in August announcing its first interim payout since its 45 billion pound taxpayer bailout in 2008, of 2 pence per share.

The test assumed deep, theoretical domestic and global economic crashes happening at the same time, along with potentially hefty costs for misconduct.

All seven lenders passed even when the full impact of a new accounting rule on provisioning for souring loans was factored in, the FPC said, though so-called contingent capital had to be written down at Barclays and Lloyds.

The test showed the banks taking a collective loss of 170 billion pounds ($218 billion) of trading and credit losses, but still having high enough capital buffers to maintain lending.

The banks have a trillion pounds of so-called liquid assets, such as bonds and other instruments that can easily be sold at short notice, and they could survive disruption lasting three months to their wholesale funding markets, the BoE said.

"They can now withstand many months without access to foreign exchange markets," the BoE said, adding that the central bank itself is able to lend in all major currencies.

The Bank said it was maintaining the so-called countercyclical capital buffer rate at 1 percent, but that it stood ready to change this "in either direction as the risk environment evolves".