LONDON (Reuters) - Tesco, Britain's biggest retailer, said on Wednesday it would next month trial grocery home deliveries with drones as it experiments with different ways to reach more customers. 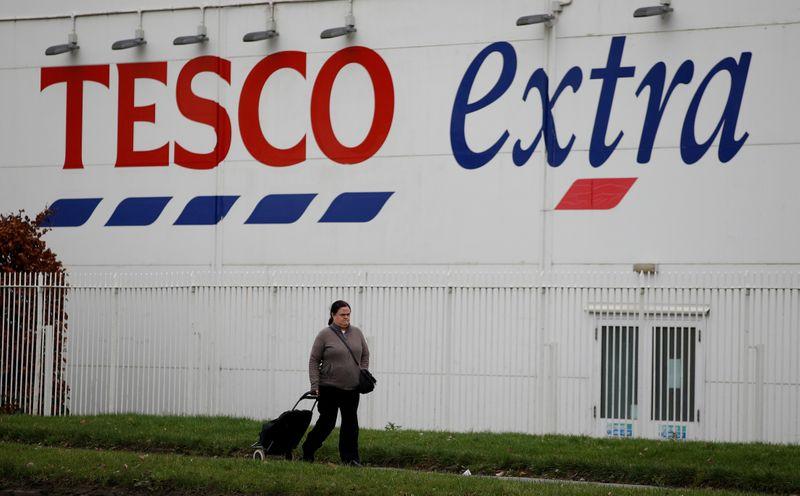 LONDON (Reuters) - Tesco, Britain's biggest retailer, said on Wednesday it would next month trial grocery home deliveries with drones as it experiments with different ways to reach more customers.

Chief Executive Dave Lewis said the pilot would take place in Ireland, where partner Manna already has a license to operate.

Food retailers across the globe have rapidly expanded their pick-up and delivery services in the face of the COVID-19 pandemic and several are following U.S. giant Amazon in trialing drones.

Separately on Wednesday, Walmart, the world's biggest retailer that owns Asda in Britain, said it would run a pilot project for delivery of grocery and household products through drones, along with end-to-end delivery firm Flytrex.

"They (Manna) have already proven the capability, the question is how do we take that capability and apply it to Tesco and that's the detail that's been worked on now before we get to the trial," Lewis said during a webcast Tesco hosted on "disruptive innovation".

The supermarket group's innovation director Claire Lorains said the trial would focus on the delivery of just a few grocery items, such as forgotten recipe items, with deliveries made within 30 minutes to an hour of an order being made.

"We're really interested to see how drones could be part of the solution to deliver to our customers on-demand small baskets," she said, noting the small basket market in Britain was forecast to exceed 10 billion pounds ($13 billion) over the coming years.

"If our trial with Manna is successful, we really think there is an opportunity to reach many customers through our stores extending with a drones service," she said.

Lewis, who last year declared the group's turnaround complete, is due to step down at the end of September and be replaced by Ken Murphy, formerly of healthcare group Walgreens Boots Alliance.