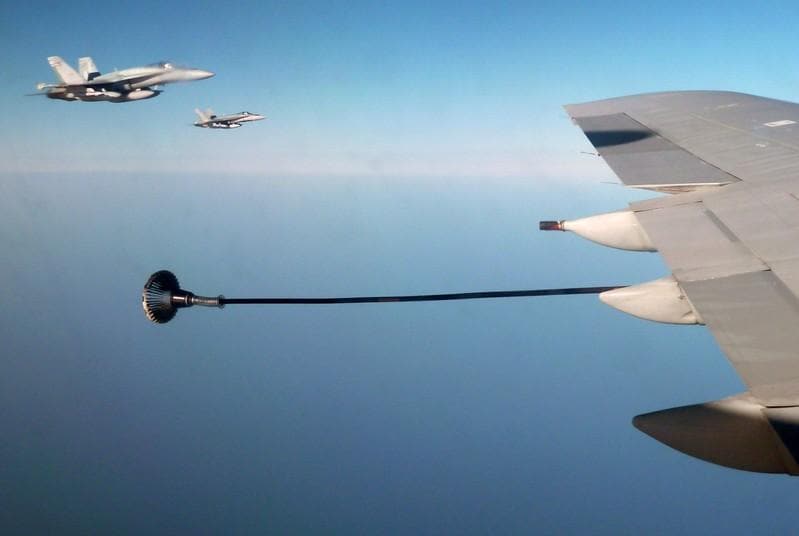 Business minister Andrea Leadsom's move on Wednesday is not unusual where there are potential security concerns, and follows British government intervention in the pending acquisition of satellite group Inmarsat by an international private equity consortium that includes U.S. firm Warburg Pincus.

Leadsom has issued a European intervention notice, calling for a report from the Competition and Markets Authority (CMA) by Oct. 29 to determine whether Cobham, the maker of air-to-air refuelling equipment, should be sold.

The government could decide the deal then needs a full inquiry due to Cobham's role in supporting aircraft such as the F-35 Joint Strike Fighter and Eurofighter Typhoon as well as advanced naval vessels, satellites and military vehicles.

Other deals investigated on national security grounds have often been cleared after undertakings from the buyer.

One of the most open economies in the world, Britain has sold some highly innovative firms to foreign buyers in recent years, including the semiconductor designer Arm to Japan's Softbank and pay-TV group Sky to Comcast.

The London Stock Exchange is trying to fend off a $39 billion takeover approach launched this month by Hong Kong Exchanges and Clearing.

Cobham, launched in the 1930s by a British adventurer and explorer, employs 10,000 people. It has struggled in recent years, issuing a string of profit warnings in 2016 and 2017.

Russ Mould, investment director at platform AJ Bell, said investors could be disappointed in the timing of the intervention, coming two days after Cobham shareholders approved the deal.

"Now investors are in limbo," he said. "Although a muted share price reaction – with the shares trading not too far from Advent's offer level – suggests, rightly or wrongly, that the market expects the deal to go through."

Advent has a track record in buying British technology, having snapped up electronics company Laird for $1.65 billion last year, and Cobham investors approved the takeover on Monday.

Some Cobham operations, such as its Advanced Electronic Solutions unit, have special security agreement status that allows them to bid for U.S. defence contracts.

Cobham Chief Executive David Lockwood said on Monday that requirement would disappear under Advent ownership, enabling the group to combine infrastructure and share knowledge more quickly and easily within the company.

Lockwood said he had already held some discussions with government about the takeover, but would not go into details.

"Advent is committed to being a responsible steward of Cobham, encouraging its future growth and success," a spokesman for the U.S. group said. "We will continue to engage constructively and cooperatively with the UK Government in this part of their review."

Cobham shares slipped 0.5%, with the stock at 160 pence per share, just below the offer price of 165 pence.