By Alistair Smout LONDON (Reuters) - Britain has signed deals to secure 90 million doses of two possible COVID-19 vaccines from an alliance of Pfizer Inc and BioNTech, and French group Valneva, the business ministry said on Monday. 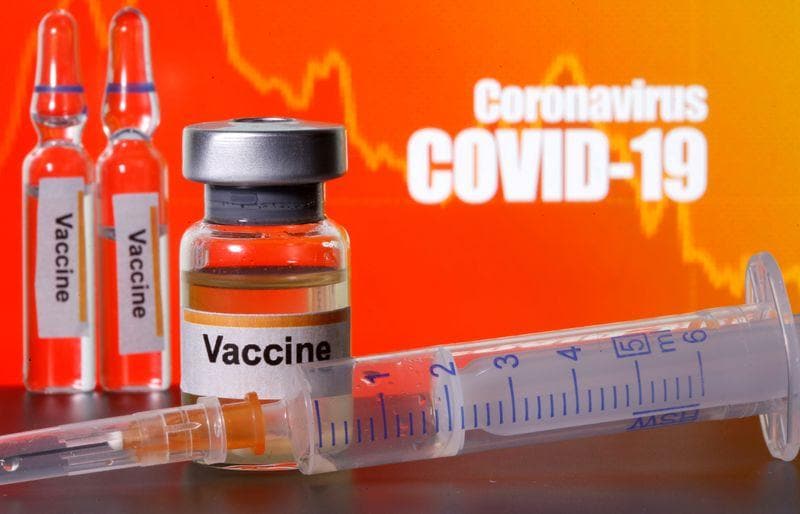 LONDON (Reuters) - Britain has signed deals to secure 90 million doses of two possible COVID-19 vaccines from an alliance of Pfizer Inc and BioNTech, and French group Valneva, the business ministry said on Monday.

With no working vaccine against COVID-19 yet developed, Britain now has three different types of vaccine under order and a total of 230 million doses potentially available.

"This new partnership with some of the world's foremost pharmaceutical and vaccine companies will ensure the UK has the best chance possible of securing a vaccine that protects those most at risk," business minister Alok Sharma said.

The deals follow a previously announced agreement with AstraZeneca for the firm to produce 100 million doses of its potential vaccine being developed in partnership with the University of Oxford.

Britain said it was the first such deal which Pfizer and BioNTech had agreed for the supply of their vaccine, which is being tested in early to mid stage trials.

The firms are aiming to make up to 100 million doses by the end of this year and potentially more than 1.2 billion doses by end of 2021, if the vaccine is successful.

It uses the so-called messenger RNA approach, in contrast to the more traditional, inactivated whole virus vaccine being developed by Valneva.

Valneva's potential vaccine is still in pre-clinical trials, and the company is aiming to move into clinical trials by the end of 2020.

Britain also said on Monday it had secured treatments containing COVID-19-neutralising antibodies from AstraZeneca to protect people who can't be vaccinated.