Brent slips from $75/bbl as investors doubt rally will endure

By Laila Kearney NEW YORK (Reuters) - Oil prices eased after Brent touched $75 per barrel on Thursday for the first time in nearly six months on the suspension of some Russian crude exports to Europe as investors second-guessed the market's ability to rally further. Brent crude futures settled at $74.35, losing 22 cents, or 0.30 percent, after rallying for most of the day to a high of $75.60, the strongest since Oct. 31 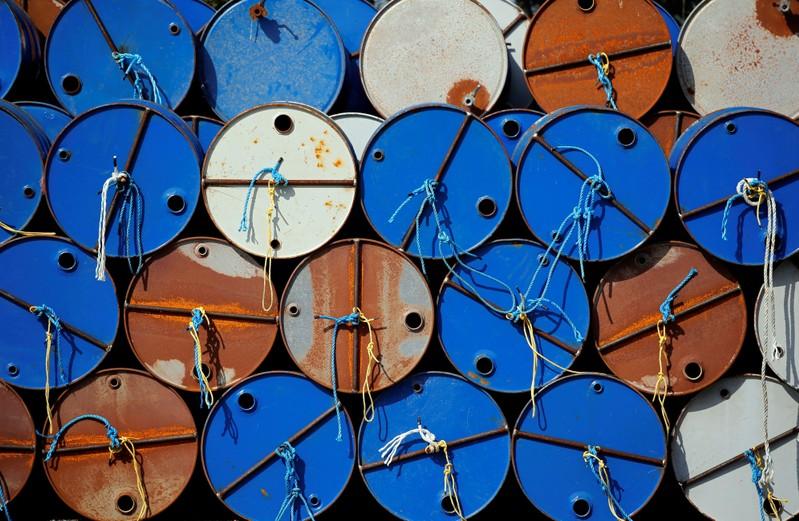 NEW YORK (Reuters) - Oil prices eased after Brent touched $75 per barrel on Thursday for the first time in nearly six months on the suspension of some Russian crude exports to Europe as investors second-guessed the market's ability to rally further.

Prices began to slip just before the settlement in a technical move, analysts said.

"I think the inability to hold $66 most of the day saw some of the late-comers give up the ghost, so it was really a technical move," said John Kilduff, a partner at Again Capital LLC in New York. "There's just some fatigue in this market after the spectacular gains."

Poland and Germany suspended imports of Russian crude via the Druzhba pipeline, citing contamination. The pipeline can ship up to 1 million barrels per day, or 1 percent of global crude demand, and about 700,000 bpd of flow was suspended, according to trading sources and Reuters calculations.

Russia, the world's second-largest crude exporter, said it planned to start pumping clean fuel to Europe through the pipeline on April 29.

"To a certain degree, the storage build yesterday was a pretty big one, plus the first build in a couple weeks at Cushing, has put some pressure on WTI," said Mizuho director of futures Bob Yawger.

The United States this week said it would end all exemptions for buyers of Iranian oil. OPEC's third-largest producer has been under U.S. sanctions for more than six months, but several major buyers, including China and India, were given temporary exemptions until this week. Beginning in May, those countries have to halt oil imports from Tehran or face sanctions.

The decision follows supply cuts by the Organisation of the Petroleum Exporting Countries and non-member producers, including Russia, since the start of the year aimed at propping up oil prices.

Still, Brian Hook, U.S. special representative for Iran and senior policy adviser to the secretary of state, said on Thursday "there is plenty of supply in the market to ease that transition and maintain stable prices".

The cuts led by OPEC are in part a response to ballooning U.S. crude production, currently at a record 12.2 million bpd, making the United States the world's biggest producer.