Brent crude sinks below $30 a barrel as recession fears weigh

By Laura Sanicola NEW YORK (Reuters) - Crude oil prices settled below $30 a barrel on Tuesday as the coronavirus pandemic slowed economic growth and oil demand while Saudi Arabia and Russia kept up their battle for market share. Countries including the United States and Canada, along with nations in Europe and Asia, are taking unprecedented steps to contain the virus, which has killed 7,500 people. Numerous governments have told residents to restrict their movements while businesses shutter, curbing demand for fuels. 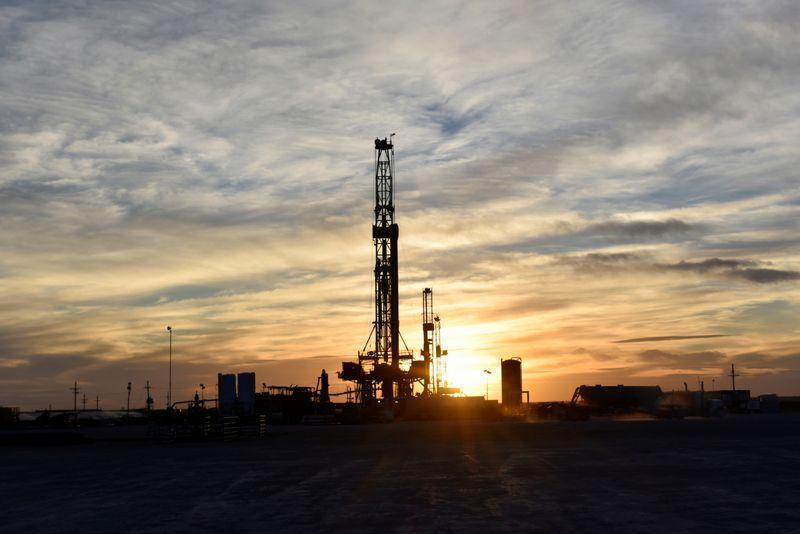 NEW YORK (Reuters) - Crude oil prices settled below $30 a barrel on Tuesday as the coronavirus pandemic slowed economic growth and oil demand while Saudi Arabia and Russia kept up their battle for market share.

Countries including the United States and Canada, along with nations in Europe and Asia, are taking unprecedented steps to contain the virus, which has killed 7,500 people.

Numerous governments have told residents to restrict their movements while businesses shutter, curbing demand for fuels.

Amid the fall in demand because of the pandemic, Saudi Arabia and Russia remain embroiled in a price war that erupted after the two top producers failed to agree to extend supply curbs to support the market.

"You're getting new demand destruction news coming at you every hour," said John Kilduff, a partner at Again Capital Management in New York.

Analysts said the futures market was affected by the slump in physical markets, which suggest difficulty in moving exports due to cheap Saudi oil flooding the globe. WTI crude at East Houston, a key price of oil delivered to Houston for exports, fell below the futures price for the first time on record.

The Saudi energy ministry said on Tuesday that the kingdom's crude exports are set to rise in coming months to more than 10 million barrels per day, as it plans to use more gas for power rather than burning crude.

Brent, the international benchmark, reacts more to supply from non-U.S. producers, so the anticipated increase in output from Saudi Arabia and Russia has hit that benchmark harder than WTI.

When that premium - also known as the arbitrage - narrows, U.S. exports become less attractive because of the cost of shipping them.

The United States has said it will take advantage of low oil prices to fill its Strategic Petroleum Reserve (SPR). Other countries and companies are planning similar measures to fill storage tanks.

Rates to store oil at the world's main trading hubs from Japan to South Africa and the United States are surging as millions of unconsumed barrels of oil hit the market daily.

The American Petroleum Institute, an industry group, showed a modest decline in crude inventories, which fell 421,000 barrels in the week ended March 13. However, it said gasoline and distillate inventories were down sharply. The U.S. Energy Department releases official government figures on Wednesday.[EIA/S] [API/S]