By Stephanie Kelly NEW YORK (Reuters) - Brent crude oil rebounded from two days of losses and U.S. futures surged on Wednesday, bolstered by tentative discussions of additional supply cuts from OPEC producers and U.S. inventory builds that were less dire than some anticipated 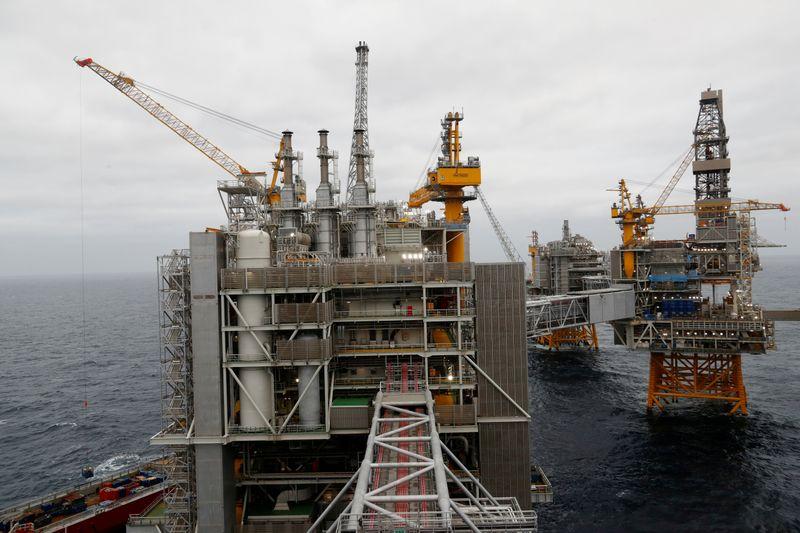 NEW YORK (Reuters) - Brent crude oil rebounded from two days of losses and U.S. futures surged on Wednesday, bolstered by tentative discussions of additional supply cuts from OPEC producers and U.S. inventory builds that were less dire than some anticipated.

Oil trading has been more volatile than ever in recent days, as the market has become overwhelmed by a growing supply glut and catastrophic declines in demand as governments order people to stay at home, restricting travel and halting daily life, to stop the spread of the coronavirus.

U.S. futures fell deep into negative territory on Monday, closing a record minus $37.63 a barrel, while Brent touched its lowest level since June 1999 early Wednesday.

Since the start of the year, Brent has fallen more than 65%, while WTI has dropped around 75%.

The world's major oil producers, led by the Organization of the Petroleum Exporting Countries and its allies, attempted to wrest control of spiraling inventories by announcing a collective cut of 9.7 million barrels per day in supply in early April.

But those cuts will come too slowly to offset rising inventories, which hit 518.6 million barrels in the United States last week, just 3% off an all-time record, the Energy Department said.

"If storage continues to increase at the end of the day, which seems likely considering all these Saudi barrels knocking at the door, then we are going to get to maximum storage sometime in the not so distant future," said Bob Yawger, director of futures at Mizuho in New York.

Saudi Arabia on Tuesday said it was ready to take extra measures with other producers and Iraq made similar comments. The next formal meeting by OPEC and allies, a group known as OPEC+, is in June.

Even without another formal agreement, decreasing storage capacity and falling demand could force producers to cut more. An OPEC source told Reuters it was "logical" to expect the market to force more cuts on OPEC+ producers.

U.S. crude inventories rose 15 million barrels last week, in line with analysts' expectations, though some even predicted a build of more than 20 million barrels.

"It wasn't the disaster that the market had been expecting," said Phil Flynn, an analyst at Price Futures Group. "There were rays of hope in the report that maybe we're stabilizing on the demand destruction."

This week the front-month U.S. contract fell below zero for the first time ever ahead of its Tuesday expiry as panicking traders paid customers to take oil off their hands so they would not have to take delivery with nowhere to store the surplus.

Inventories at the Cushing, Oklahoma, delivery hub for WTI are nearly full, at almost 60 million barrels, with much of the rest leased already.