SAO PAULO (Reuters) - Brazil airline Gol Linhas Aereas Inteligentes said on Wednesday it will receive up to 2.4 billion reais ($412 million) from Boeing Co as compensation for the grounding of the 737 MAX plane, in a mix of cash and credits. The aircraft has not flown in more than a year because of two deadly crashes that forced regulators to scrutinize the safety of its design. 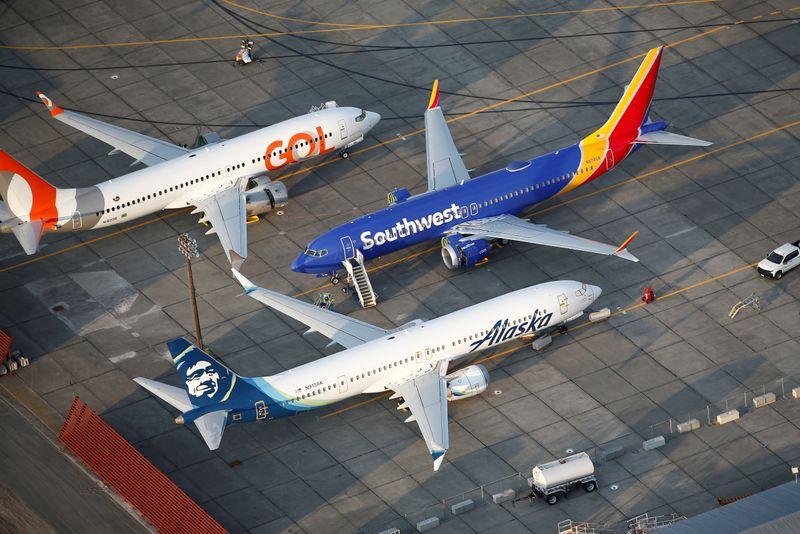 The aircraft has not flown in more than a year because of two deadly crashes that forced regulators to scrutinize the safety of its design.

The timing of the payments has become a lifeline for Gol, which, like its peers worldwide, is reeling from the coronavirus crisis.

But the disclosure also provides a point of reference for what kind of compensation other airlines will be able to obtain.

According to Gol, it has already received close to 500 million reais in cash. In addition, it stands to receive up to 1.9 billion reais in credits that can be applied to new aircraft acquisitions, used to reduce interest and depreciation expenses.

That amount is the maximum and is subject to certain undisclosed conditions. Gol said it may receive less than that.

Gol, Brazil's largest airline, is one of Boeing's biggest customers and had ordered more than 100 Boeing 737 MAX planes. Those orders have since been reduced and Gol said it will not make new aircraft payments to Boeing for the next two years.

In a securities filing, Gol said the coronavirus crisis caused an 80% decrease in revenue in April to 138 million reais. April was the first full month of travel restrictions around the world due to the pandemic, and Gol is one of the first airlines to report its impact.

Gol shares, which are down 73% so far this year, were little changed in afternoon trading on the Sao Paulo stock exchange.

The company says it has enough cash on hand to sustain operations at this rate for more than 10 months.