By Ricardo Brito and Pedro Fonseca BRASILIA/RIO DE JANEIRO (Reuters) - Brazil made a diplomatic push on Monday to guarantee an Indian-made shipment of British drugmaker AstraZeneca's COVID-19 vaccine, hoping to avoid export restrictions that could delay immunizations during the world's second-deadliest outbreak. 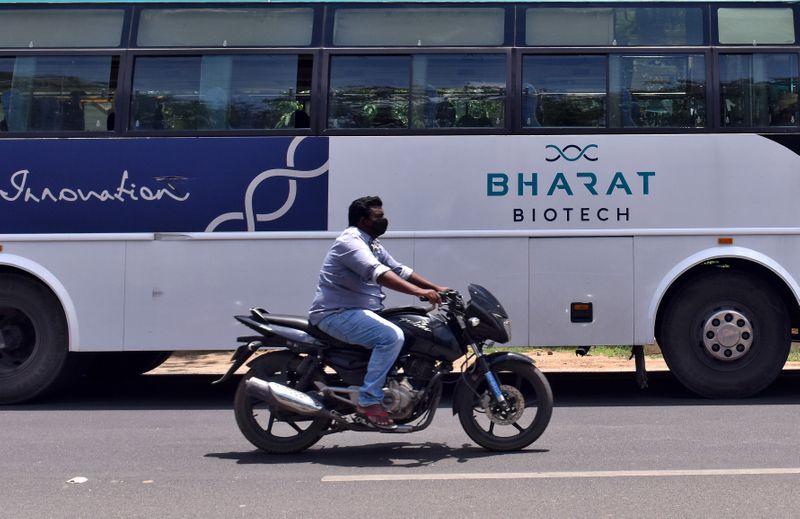 By Ricardo Brito and Pedro Fonseca

vaccine, hoping to avoid export restrictions that could delay immunizations during the world's second-deadliest outbreak.

In parallel, Brazil's private clinics struck a preliminary deal for an alternative injection made by India's Bharat Biotech despite a lack of public results from late-stage trials.

The scramble by Brazil's government and private sector underscored how Latin America's largest nation, once an example of mass immunization success in the developing world, has fallen behind peers in the race to inoculate against the coronavirus

Plans by Brazil's Fiocruz Institute to import AstraZeneca's vaccine in bulk, filling and finishing doses locally, would only have 1 million doses ready by the second week of February, the head of the government-funded biomedical center told Reuters last week.

Amid rising criticism of its slow response and a death toll approaching 200,000, second only to the United States, Brazil is now rushing to import finished doses, playing catch up to neighboring Chile and Argentina where inoculations are underway.

However, the chief executive of the Serum Institute of India told Reuters on Sunday that he expected India's government to restrict export of COVID-19

That raised red flags in Brasilia, where health regulator Anvisa had granted approval on New Year's Eve to import 2 million doses of the AstraZeneca vaccine from India. Two people familiar with the matter said diplomats were working to confirm the shipment would not be affected by any export ban. Fiocruz confirmed that Brazil's Foreign Ministry was leading the talks.

Separately, an association of private Brazilian clinics announced plans to buy 5 million doses of a vaccine developed by Indian company Bharat Biotech, a day after India's health regulator gave it emergency use approval.

Bharat Biotech has not yet applied for approval by Brazil's health regulator Anvisa for its Covaxin vaccine, and the agency said it would have to undergo Phase III trials in the country.

Geraldo Barbosa, head of the Brazilian Association of Vaccine Clinics (ABCVAC), who will lead a delegation to India departing on Monday, said a memorandum of understanding has already been signed with Bharat Biotech.

"This should be the first vaccine available on the private market in Brazil," he said, adding that the Covaxin doses should arrive in Brazil in mid-March, to be sold by private clinics after regulators there approve the vaccine.

Anvisa said in a statement on Sunday that Covaxin does not fit the continuous data submission process for vaccine registration and the vaccine would have to undergo late phase clinical trials in Brazil.

On Sunday, India's drugs regulator DCGI approved Covaxin and AstraZeneca's vaccine for emergency use, the first approvals of vaccines in India.

The fast tracking of the homegrown Bharat Biotech vaccine faced questions from industry experts and opposition lawmakers because the company has not published efficacy data.

Covaxin is undergoing late stage trials in the largest such trial in India. A spokeswoman for Bharat Biotech said 24,000 volunteers have been recruited out of a target of 26,000 for the Phase III trial, which began in November.

The pharmaceutical company, based in Hyderabad in southern India, produces millions of doses of vaccines for hepatitis, Zika, Japanese encephalitis and others illnesses.

Premature to talk about compensation for Iran's 2020 downing of airliner, says Canadian aide

OTTAWA (Reuters) - It is too early to discuss how much compensation to pay relatives of those killed when Iran shot down an airliner last year, even though Tehran has suggested an amount, a Canadian adviser said on Thursday. Many of the victims were Canadian citizens or permanent residents of Canada. Last month Iran's cabinet allocated $150,000 for each family of the 176 people who died when Revolutionary Guards downed the Ukraine International Airlines plane near Tehran on Jan