By William Schomberg LONDON (Reuters) -Financial markets are likely to be hit more often by the kind of upheaval unleashed by the COVID-19 pandemic and central banks need new tools to deal with powerful investment firms at the heart of such events, a Bank of England official said. Non-bank companies, which include pension managers, money market funds and hedge funds, now account for about half of the world's financial assets 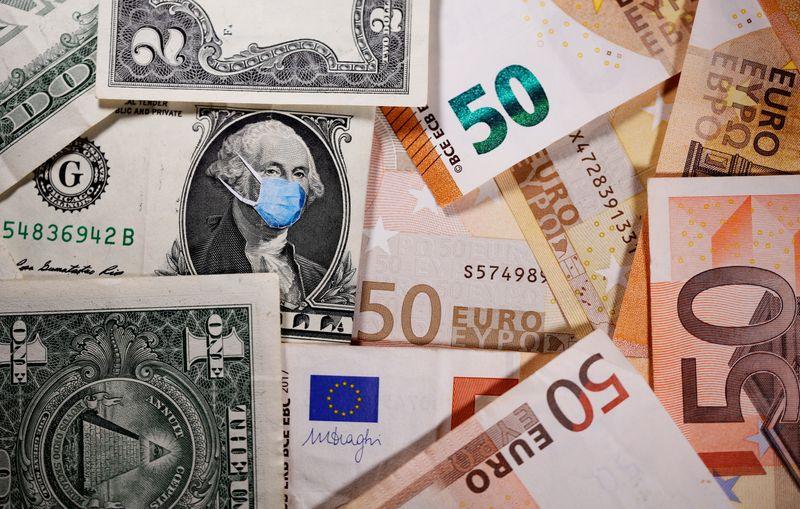 LONDON (Reuters) -Financial markets are likely to be hit more often by the kind of upheaval unleashed by the COVID-19 pandemic and central banks need new tools to deal with powerful investment firms at the heart of such events, a Bank of England official said.

Non-bank companies, which include pension managers, money market funds and hedge funds, now account for about half of the world's financial assets.

"Last year's COVID 'dash for cash' was a wake-up call as to the scale and urgency of this work," Andrew Hauser, the Bank of England's (BoE) executive director for markets, said in a speech hosted by Reuters on Thursday.

Non-banks have helped savers and businesses as banks were reined in by reforms after their risk-taking brought about the 2007-09 financial crisis. But they failed to withstand the coronavirus shock in March and reforms are needed to prevent future liquidity problems threatening the economy, Hauser said.

Central banks should consider a formal role as "market makers of last resort" - trading securities at times of financial panic - in return for tougher regulation of financial businesses other than banks, he said.

This would mirror the role of "lender of last resort" which the BoE provides to the heavily regulated banking sector.

Last March's surge in demand for cash, as economies around the world went into lockdown, was exacerbated by chaos in normally stable debt markets.

Non-bank firms - some over-indebted - scrambled to get money out of funds which in turn struggled to raise the cash.

That helped cause a spike in government and corporate bond yields that threatened to deepen the hit to the global economy and forced central banks into huge emergency action, chiefly by ramping up their bond-buying programmes.

Non-banks also failed to function as intermediaries for government bond markets, which have soared in size since the 2007-09 financial crisis, Hauser said.

Since March, the central banks of the Group of 10 (G10) nations have added $8 trillion to their balance sheets, mostly by buying government bonds.

That has helped to bring down borrowing costs and allowed huge government spending to slow the economic slide, but adds urgency to the case for reform of non-banks, Hauser said.

"We should certainly be wary of drawing overly direct conclusions from the COVID pandemic, given how truly unique the circumstances have been," Hauser said.

"But many of the vulnerabilities in financial markets exposed last spring have been staring us in the face for some time - and will only grow in importance in the years ahead, as households and firms come to rely ever more closely on such markets to care for their savings, and fund investment."

The Financial Stability Board, grouping regulators from around the world, is considering ways to make non-banks safer.

But new central bank tools to deal with problems will be needed too, Hauser said.

Offering permanent or 'standing' facilities would be a way to reduce the impact of market turmoil on well-run businesses, while allowing a broader framework of rules and a way to reverse asset purchases that were meant to be temporary, Hauser said.

But deciding which assets the BoE should buy, and what it should charge to businesses that needed to use the facility - sometimes through no fault of their own - would be tricky.

"The public authorities cannot afford to ignore such dysfunction if it reaches a scale that threatens financial stability," he said.

"But equally we cannot rely on central bank medicine of the scale and duration seen in 2020 every time we see an inflammation."