Boeing to suspend 737 MAX production in January, no layoffs - sources

By Eric M. Johnson and David Shepardson SEATTLE/WASHINGTON (Reuters) - Boeing Co will halt 737 MAX production in January, a source with knowledge of the matter said on Monday, as the grounding of the planemaker's best-selling MAX looks set to last well into 2020. Another source said there would be no layoffs during the production freeze 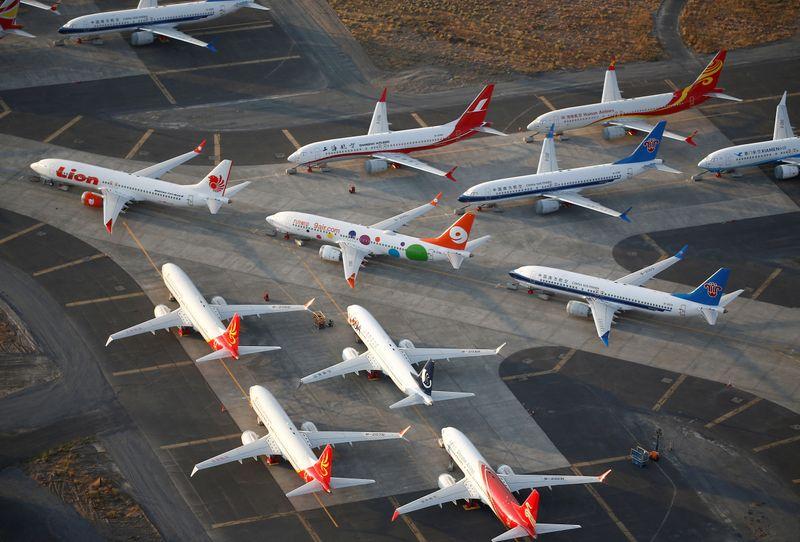 Another source said there would be no layoffs during the production freeze.

The decision to freeze production, made by Boeing's board after a two-day meeting in Chicago, follows news last week that the Federal Aviation Administration (FAA) would not approve the plane's return to service before 2020.

Boeing did not immediately comment but was expected to make an announcement soon.

Aside from additional 737 MAX charges, disruptions to production could also result in layoffs or furloughs of some of the 12,000 workers at Boeing's 737 factory south of Seattle.