By Eric M. Johnson SEATTLE (Reuters) - Boeing Co lost another 12 orders for its grounded 737 MAX jetliner in October, and delivered 13 aircraft to customers, down from the 20 jets delivered in the same month a year ago, company data showed on Tuesday. 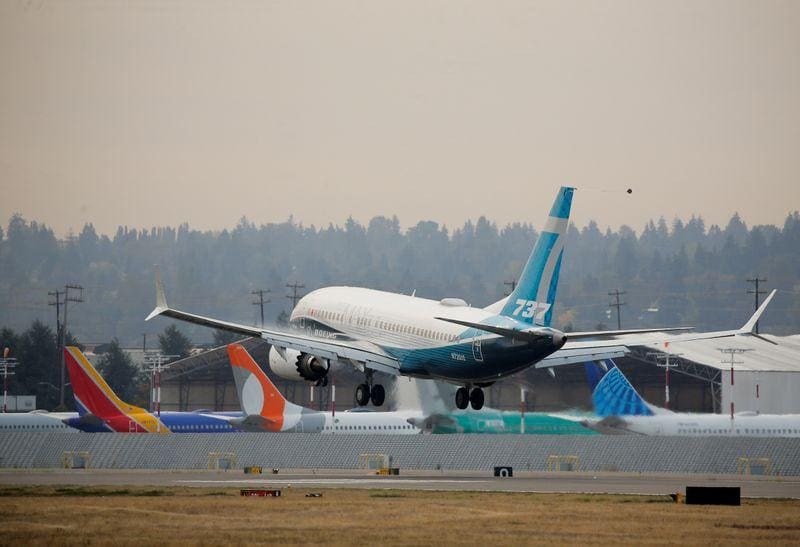 SEATTLE (Reuters) - Boeing Co lost another 12 orders for its grounded 737 MAX jetliner in October, and delivered 13 aircraft to customers, down from the 20 jets delivered in the same month a year ago, company data showed on Tuesday.

The U.S. Federal Aviation Administration (FAA) appeared about a week away from lifting a March 2019 safety ban, although the pandemic kept hammering demand for jets from Boeing and European rival Airbus.

The European Union's decision to impose tariffs of 15% on Boeing planes this week could hobble its jet deliveries in Europe.

Canceled MAX orders, including those where buyers converted to a different model, was 448 jets - and 460 for all jets across Boeing's portfolio, Boeing said.

For 2020 through October, the number of MAX orders canceled, or removed from Boeing's official backlog when it applies stricter accounting standards, stood at 1,043 aircraft.

For deliveries - a key metric since customers hand over most of the money at the time they pick up new aircraft - Boeing handed over 13 twin-aisle jets in October, compared to 20 a year earlier and 10 in September.

That brings total deliveries to 111 aircraft in the 10 months through October 2020, down from 321 for the same period a year ago.