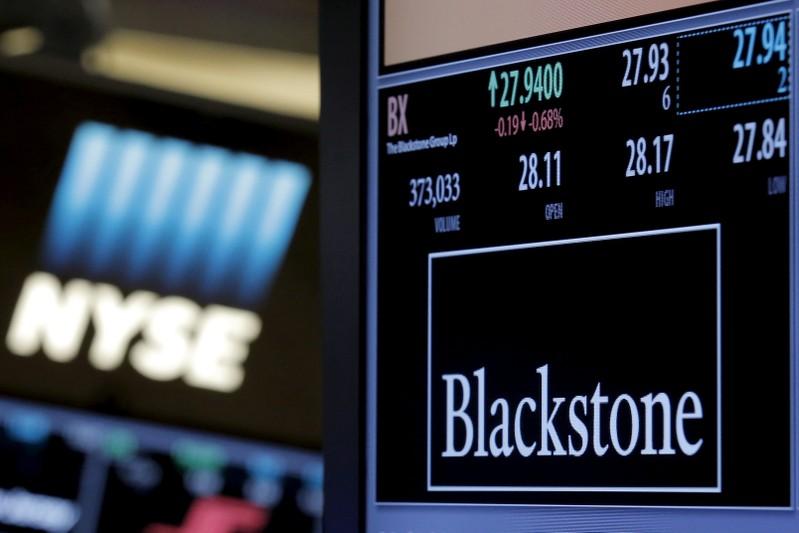 NEW YORK (Reuters) - Blackstone Group LP, the U.S. buyout firm which is relying on Saudi Arabia to provide half the money for its planned $40 billion infrastructure fund, waved off concerns about funding on Thursday even as controversy rages over the disappearance of a Saudi journalist that has frayed relations between Wall Street and the oil-rich kingdom.

Blackstone Chief Executive Stephen Schwarzman pulled out this week from a planned investment conference in Saudi Arabia, following other Wall Street and media leaders, over the disappearance of Jamal Khashoggi, a U.S. resident and Washington Post columnist critical of Riyadh's policies, who was last seen entering the Saudi consulate in Istanbul on Oct. 2.

Turkish officials have said they believe Khashoggi was murdered at the consulate and his body chopped up and removed. Saudi Arabia has denied involvement in the disappearance, and U.S. President Donald Trump said on Wednesday he needed to see evidence of any role by Riyadh.

Blackstone Chief Operating Officer Jonathan Gray acknowledged that the firm "may get some questions" over its Saudi ties, but stressed Blackstone's autonomy in investing the infrastructure fund.

"Investors have enormous confidence in us, which is why we feel like this business is very much on the path to growing to large scale, regardless of obviously some near-term challenges," Gray said about the infrastructure fund on a conference call discussing the firm's third-quarter earnings with analysts.

Blackstone, the world's largest manager of alternative assets such as private equity and real estate, has long cultivated Saudi Arabia as an investor, and the Kingdom's main sovereign wealth fund agreed last year to contribute up to $20 billion for its new infrastructure fund. Blackstone has so far raised around $5 billion for its infrastructure fund, half of which came from Saudi Arabia.

Gray said Blackstone has been concerned by the recent media coverage, but that the firm takes "a long-term approach, both to our relationships and to building businesses".

For the third quarter, Blackstone modestly exceeded analyst expectations with an 11 percent jump in earnings, helped by climbing equity markets which buoyed its holdings.

The New York-based firm's economic net income (ENI) per unit for the three months through September was 76 cents, compared to the mean forecast for 74 cents, according to Refinitiv data. A year earlier, Blackstone reported ENI per share of 68 cents.

Blackstone shares were down around 0.2 percent in midday trading in New York against a broadly lower market.

ENI reflects the mark-to-market valuation gains or losses on Blackstone's portfolio and is a closely watched earnings metric for U.S. private equity firms.

Stock market swings often impact the valuation of private equity firms' holdings because they mark many of their holdings to market. The benchmark S&P 500 index rose 7.2 percent in the third quarter.

Blackstone also benefited from a 19.9 percent appreciation of Gates Industrial Corporation, in which it still holds a majority stake.

Assets under management totaled $457 billion at the end of September, up from $439 billion in the prior quarter.

Distributable earnings - the cash available for paying dividends - were $769 million, up from $626 million a year ago. Blackstone said it would pay shareholders a quarterly distribution of 64 cents per common unit, including a 10 cent special distribution.

Earlier this month, Blackstone closed its biggest acquisition since the global financial crisis of 2007-2009, buying a 55 percent stake in the Financial & Risk unit of Thomson Reuters Corp, the parent of Reuters News. The deal valued the unit, now a standalone business called Refinitiv, at about $20 billion, including debt.