By Gertrude Chavez-Dreyfuss NEW YORK (Reuters) - Bitcoin plunged more than 12 percent on Monday, extending falls in recent weeks in a broad-based selloff in digital currencies as sentiment sours. Several factors have accelerated the downturn, analysts said, including increased U.S. regulatory scrutiny and a delay to January 2019 of the widely-anticipated launch of bitcoin futures by Bakkt, Intercontinental Exchange's crypto platform 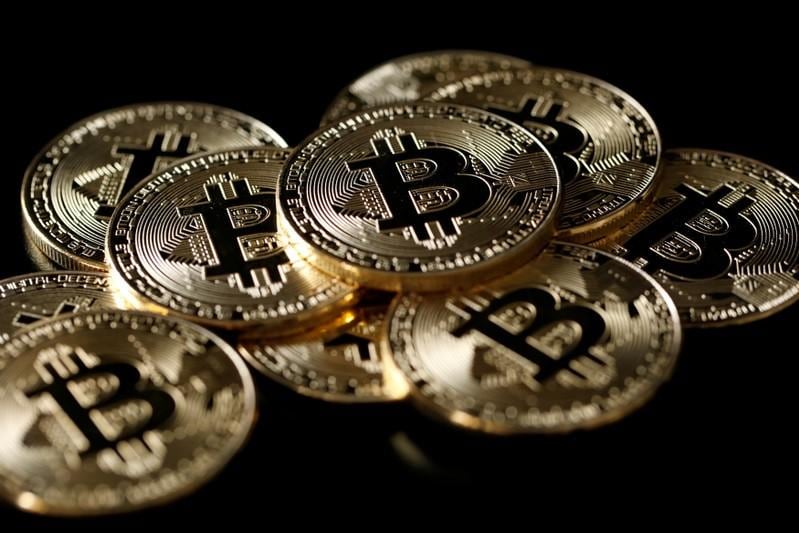 Several factors have accelerated the downturn, analysts said, including increased U.S. regulatory scrutiny and a delay to January 2019 of the widely-anticipated launch of bitcoin futures by Bakkt, Intercontinental Exchange's crypto platform.

"These factors coupled with lukewarm network fundamentals and reports of falling adoption of crypto as a tool for services such as payments, have led to strong selling pressure against a lack of buying resistance — to a point of apparent capitulation," said Aditya Das, analyst at Brave New Coin, a crypto asset market data company.

Cryptocurrency market capitalisation plummeted to $122.3 billion on Monday, down 85 percent from its peak of nearly $800 billion hit in early January this year.

Analysts said the U.S. Securities and Exchange Commission was partly to blame for the recent sell-off, with the delay in its approval of new bitcoin instruments, as well as for its investigations of initial coin offerings and crypto exchanges.

The SEC has ordered civil penalties against Airfox and Paragon Coin that sold digital tokens deemed as securities in initial coin offerings. Those companies have agreed to return funds to harmed investors, register the tokens as securities, file periodic reports with the Commission, and pay penalties.

Bloomberg reported this month that the U.S. Department of Justice had initiated an investigation of cryptocurrency Tether over possible manipulation of bitcoin prices at the end of last year.

At the same time, the sharp price falls are seen by some as an opportunity to get into viable cryptocurrency projects at a discounted price.

"It is important to highlight that none of the unpleasant headlines are directly related to the underlying fundamentals of legitimate cryptocurrency projects," said Donald Bullers, North American representative of web3 infrastructure platform Elastos.

"Whether it's market manipulation accusations, a controversial fork, or short-term speculators deciding not to play the long game, this dip will cull the wheat from the chaff and the most important decentralization projects will continue to survive," he added.