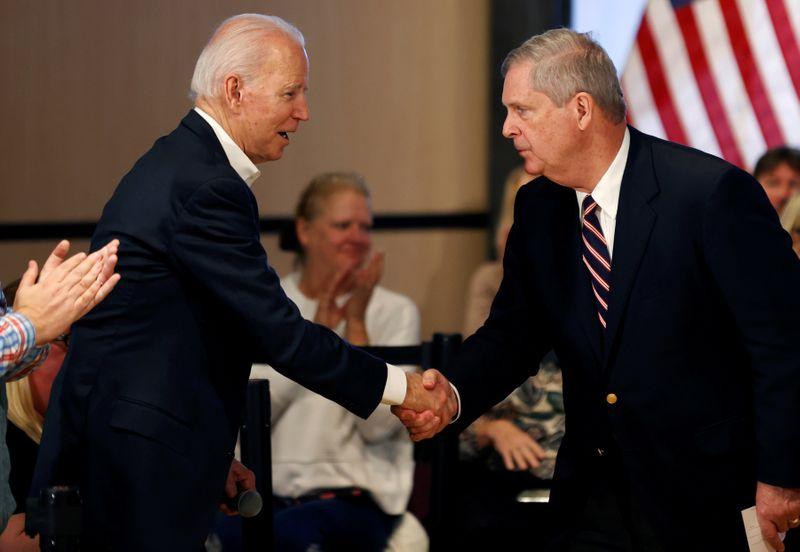 By Mark Weinraub and Jarrett Renshaw

Vilsack, who led the U.S. Department of Agriculture (USDA) from 2009 to 2017 under then-President Barack Obama, has a long relationship with Biden and served as a trusted adviser on rural issues during the Democratic former vice president's campaign.

If confirmed by Congress, Vilsack would become one of the longest-serving USDA secretaries since Abraham Lincoln established the agency in 1862.

It was not immediately known when Biden would nominate Vilsack. The two sources familiar with his decision spoke on condition of anonymity.

The return to USDA of Vilsack, a Democrat, was applauded by Midwestern states which produce the bulk of commodity crops like corn, soybeans and wheat - and where rural voters backed Republican President Donald Trump.

One of their key fears: a revival of Obama-era environmental regulations, such as the Waters of the United States (WOTUS) rule, which broadened the definition of waterways under Environmental Protection Agency authority. The rule, challenged in court, was ultimately scrapped by Trump.

"I'm really glad to see somebody from agriculture fill it," said Roger Cerven, 58, a fifth-generation farmer who grows corn and soybeans in southeastern Iowa. "I am not quite as concerned about what rules and regulations that could come down from above on us."

The U.S. Farm Belt was battered by Trump's trade war with China and waivers exempting oil refiners from obligations to use corn-based ethanol. But Midwestern farmers also received an unprecedented amount of direct farm subsidies under Trump even as coronavirus stimulus for millions of other Americans stalled in Congress, helping him maintain broad support.

Biden's pick has already been criticized by activists who had hoped the department would focus more on the environment and nutrition as millions of Americans go hungry during the COVID-19 pandemic.

The USDA oversees billions of dollars in farm support programs, as well as food programs for schools and families in need - and critics of large-scale agribusiness say its leadership needs to better reflect the needs of small family farmers, global environmental changes, and the country's growing racial and economic diversity.

“If he’s confirmed, a lot of eyes will be watching to make sure the USDA truly exits the Trump era and starts taking responsibility for protecting human health and the environment,” said Brett Hartl, government affairs director at the Center for Biological Diversity.

As Iowa governor from 1999 to 2007, Vilsack is seen by establishment Democrats as a politically safe choice, largely because of his moderate politics, previous experience, and long-standing, friendly relationships with large-scale farmers.

Biden's choice of Vilsack, according to one Iowa academic, was the president-elect's way of saying, "I am not going to try to stir things up ... I am going to give you somebody you know, who has been in that role before, who comes from the Midwest, who still works within agriculture right now," said Chad Hart, an agricultural economist at Iowa State University.

Vilsack, who is the chief executive of the U.S. Dairy Export Council, actively campaigned for Biden in farm states.

Top among them was Democratic U.S. Representative Marcia Fudge of Ohio, who would have been the first Black woman to fill the role and had been expected to increase the department's focus on small farmers, global environmental changes, and racial and economic diversity.

Biden has selected Fudge to be secretary of housing and urban development, according to news reports.