By Michael Nienaber BERLIN (Reuters) - The German government is eyeing incentives to boost corporate research and development after cutting its forecast for 2019 economic growth for the second time in three months, reflecting a worsening slowdown driven by a recession in manufacturing. German exporters are struggling with weaker demand from abroad, trade tensions triggered by U.S. 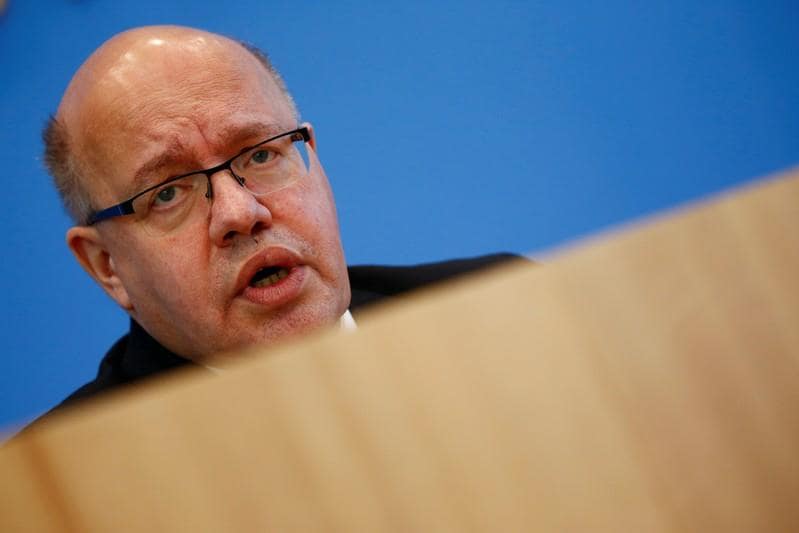 BERLIN (Reuters) - The German government is eyeing incentives to boost corporate research and development after cutting its forecast for 2019 economic growth for the second time in three months, reflecting a worsening slowdown driven by a recession in manufacturing.

The difficult trade environment means that Germany's vibrant domestic demand, helped by record-high employment, inflation-busting pay increases and low borrowing costs, is expected to be the sole driver of growth this year and next.

To counter the slowdown, Finance Minister Olaf Scholz plans to support corporate research and development with incentives worth 1.27 billion euros ($1.43 billion) annually from 2020, a draft law seen by Reuters showed on Wednesday.

Companies doing basic research or industrial development can apply for a bonus of up to 500,000 euros per year, with the incentives not limited to small- and medium-sized firms as originally planned, according to the draft law.

Cabinet is expected to pass the measures in mid-May.

"The best times for the economy are over," BDI Managing Director Joachim Lang said. "The government must not lose any more time."

Presenting the government's spring forecast, Economy Minister Peter Altmaier said on Wednesday that Berlin now expects gross domestic product to grow 0.5 percent this year after an expansion of 1.4 percent in 2018.

The government had already cut its 2019 forecast in January to 1.0 percent growth from 1.8 percent previously.

For 2020, the government sees a consumption-driven rebound with economic growth of 1.5 percent.

Altmaier said the slowing world economy, trade disputes and Brexit uncertainty were weighing on the German economy. Domestic factors include the introduction of new car-emission regulations and unusually low Rhine water levels, which have led to supply and production bottlenecks.

Import growth is expected to surpass export growth in both 2019 and 2020, which is likely to reduce the large trade surplus further.

"The current account surplus will continue to shrink continuously and will go down to 6.4 percent (of GDP) in 2020," the economy ministry said in its forecast.

Clemens Fuest, president of the Ifo institute, told Switzerland's Handelszeitung newspaper that a 'no-deal' Brexit or U.S. tariffs on European cars would hit Germany disproportionately hard, and could push the European economy into a recession and reignite the euro crisis.

Government measures such as higher child benefits and increased pensions for mothers will give the economy an additional boost this year, Altmaier said.

He called on Scholz and his centre-left Social Democrats, the junior partners in Chancellor Angela Merkel's coalition, to support tax cuts for companies and agree on refraining from any measures that could burden the private sector.

Scholz told the world's financial elite gathering in Washington last week that Berlin is already spending its record budget surplus on investment in infrastructure and support for families with low or medium incomes.

A Finance Ministry spokeswoman said that Scholz sees no need for a broader overhaul of the corporate tax system.