(Reuters) - Best Buy Co Inc on Thursday stuck to its full-year forecast due to the impact of the latest U.S. tariffs on Chinese imports and warned any new levies would increase prices for U.S. shoppers, sending its shares down as much as 5.4% 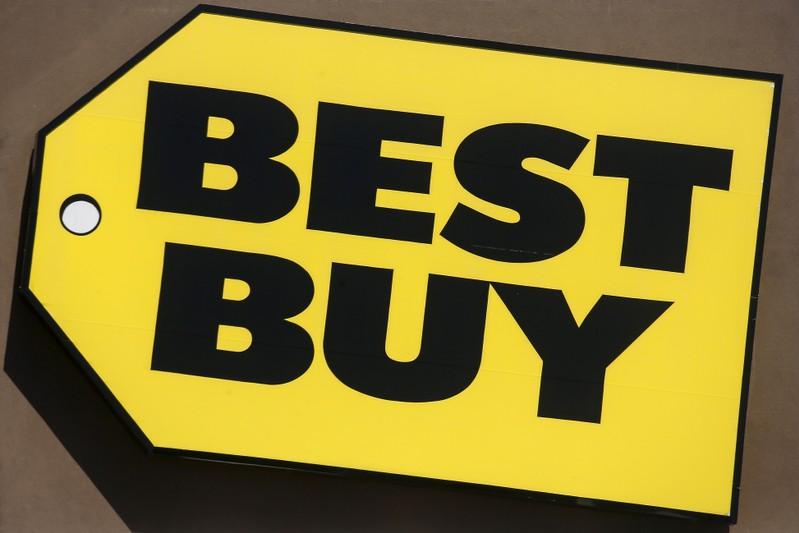 (Reuters) - Best Buy Co Inc on Thursday stuck to its full-year forecast due to the impact of the latest U.S. tariffs on Chinese imports and warned any new levies would increase prices for U.S. shoppers, sending its shares down as much as 5.4%.

The consumer electronics retailer's commentary on the impact of tariffs overshadowed its better-than-expected profit in the first quarter and solid second-quarter forecast.

"The impact of tariffs at 25% (proposed to be enacted) will result in price increases and will be felt by U.S. consumers," outgoing Chief Executive Officer Huber Joly said in a conference call with analysts.

The world's largest retailer Walmart Inc last week warned that its prices would increase due to higher tariffs, while Macy's Inc said higher levies were already hurting its furniture business.

The proposed new tariffs on another $300 billion worth of goods from China includes higher levies on imports like smartphones and laptops and would likely result in higher retail prices.

"In a maturing category like smartphones, which lacks a compelling reason for consumers to upgrade in the near-term, we expect to see volumes decline in response to higher prices," said Jason Benowitz, fund manager at Roosevelt Investment Group.

Gross profit margins expanded 40 basis points in the quarter to 23.7%, as high margin services, such as "Geek Squad" that provides general tech support and advice on setting up smart homes resonate with customers.

An increasing share of Best Buy's sales also comes from online, where it has been investing more to beef up delivery and its "click and collect" business that helps shoppers buy products online and collect them later from the stores.

Excluding one-time items, Best Buy earned $1.02 per share in the first quarter ended May 4, ahead of analysts' average estimate of 86 cents per share, according to IBES data from Refinitiv.

Best Buy forecast adjusted profit for the second quarter to be in the range of $0.95 to $1 per share, above Wall Street expectations of $0.96 per share. Its current quarter forecast for same-store sales too was largely above estimates.

(Reporting by Uday Sampath in Bengaluru; Editing by Tomasz Janowski and Arun Koyyur)