By Douglas Busvine FRANKFURT (Reuters) - Berlin-based personalised fashion start-ups Outfittery and Modomoto are merging in an effort to accelerate growth in Europe, where they compete with online-only retailer Zalando's own bespoke clothing business. Seven-year-old Outfittery is tying up with the smaller Modomoto in an all-share deal, expanding the online menswear business that in effect works as a personal shopper for its growing customer base. The two companies have served nearly 1 million customers between them and jointly achieved sales of 80 million euros ($90 million) in the past 12 months 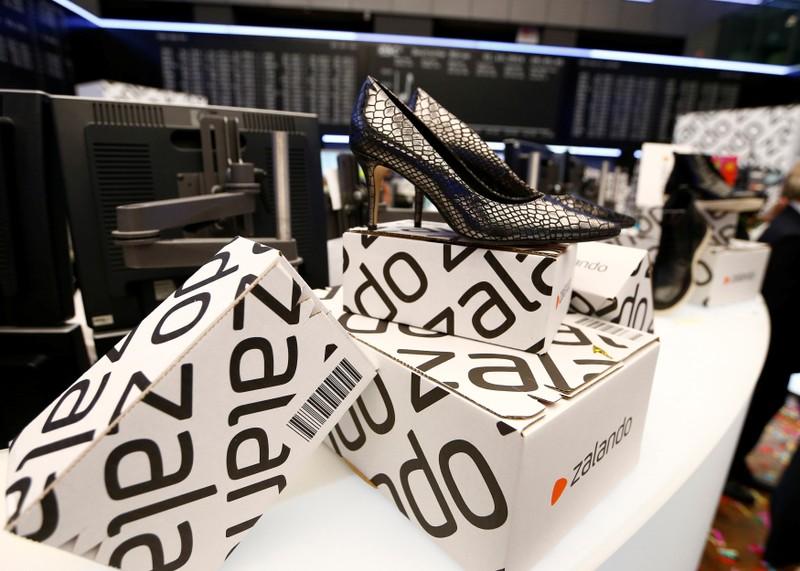 FRANKFURT (Reuters) - Berlin-based personalised fashion start-ups Outfittery and Modomoto are merging in an effort to accelerate growth in Europe, where they compete with online-only retailer Zalando's own bespoke clothing business.

Seven-year-old Outfittery is tying up with the smaller Modomoto in an all-share deal, expanding the online menswear business that in effect works as a personal shopper for its growing customer base.

The two companies have served nearly 1 million customers between them and jointly achieved sales of 80 million euros ($90 million) in the past 12 months.

Julia Boesch, co-founder and CEO of Outfittery, will head the combined company, which she said would be "the European leader in personalised fashion shopping".

With integration to be completed this year, the merged business is targeting revenue of more than 100 million euros in 2020. Outfittery accounts for two thirds of the two retailers' joint sales.

Outfittery originally focused on menswear because in traditional bricks-and-mortar fashion stores "men were always somewhere in the basement", Boesch told Reuters, and the growth of e-commerce now offers them a wealth of choice so great as to be overwhelming.

"We saw this pain specifically with men, so we thought that starting with men would be good. This proved to be true," she said.

Combining expert advice with data science, Outfittery first surveys customers online to find out how old they "feel" and what fashions they like.

One of its 200 stylists reviews the feedback and assembles a box of clothes to send to the customer, who either keeps and pays for it or returns the goods with comments. This data is then analysed to help to improve recommendations over time.

Outfittery competes against Zalando's own bespoke fashion brand, Zalon, which was founded in 2015 and is credited with helping to staunch a decline in profitability at Europe's biggest online-only fashion retailer.

The new company will operate only under the Outfittery brand in nine markets, spanning the German-speaking countries, Benelux, Sweden and Denmark. Modomoto covers a similar footprint but already has a presence in France.

Boesch, one of a handful of women CEOs leading consumer start-ups in Germany, said the average spend per Outfittery box is 200 euros. About 40% of customers go on to buy most of their clothes there, paying typical recommended retail prices.

In another metric, Outfittery's 'share of wardrobe' - the propertion of its customers' total spending on clothes - has grown by 30% in the past three years, Boesch said. She did not provide figures for returns.

She also declined to elaborate on financial performance at the company, which has raised about $60 million from investors.

So-called curated fashion caught on earlier in the United States, where Stitch Fix floated in 2017 and forecasts revenue of more than $1.5 billion this year. Stitch Fix is now looking to expand into Britain, setting the scene for a potential clash on the European continent.

Boesch, who worked in international business development at Zalando before founding Outfittery in 2012, welcomes the prospect.

"Competitors make the concept even more popular and increase the market's size," she said.

"In the U.S. we've really seen the inflection point. We are expecting the same to happen in the European market. You can see by Stitch Fix’s expansion into the UK that they also believe in that."