LONDON (Reuters) - Bank of England Deputy Governor Ben Broadbent apologised on Wednesday for saying Britain's economy was going through a 'menopausal' phase in a comment that attracted criticism and could revive concern about gender diversity at the bank. 'I'm sorry for my poor choice of language in an interview with the Telegraph yesterday and regret the offence caused,' Broadbent said in a statement 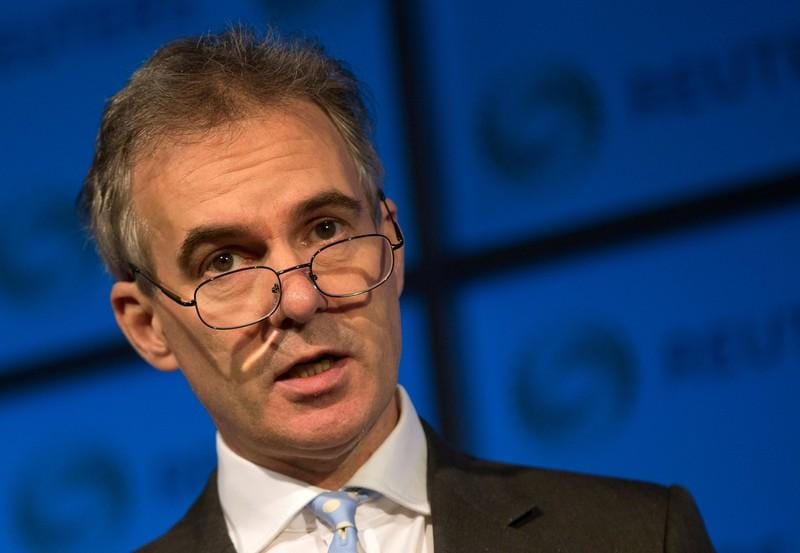 LONDON (Reuters) - Bank of England Deputy Governor Ben Broadbent apologised on Wednesday for saying Britain's economy was going through a "menopausal" phase in a comment that attracted criticism and could revive concern about gender diversity at the bank.

"I'm sorry for my poor choice of language in an interview with the Telegraph yesterday and regret the offence caused," Broadbent said in a statement.

Broadbent, 53, had told the newspaper that years of poor productivity and weak wage growth meant Britain was going through a "menopausal" moment. The Telegraph did not publish the quote in full.

The ex-Goldman Sachs economist, among those tipped as a successor to BoE Governor Mark Carney who stands down next year, said in the interview that experts used the phrase to describe economies that were "past their peak and no longer so potent".

"As reported I found them pretty offensive," economist Kate Barker, one of Broadbent's predecessors on the BoE's Monetary Policy Committee, said on Twitter.

"#Menopause only a problem if others try to sideline you because of ignorant prejudice," she tweeted.

Broadbent's comments are likely to put the relative lack of gender diversity in senior management back in the spotlight.

Last year lawmakers said they were disappointed by finance minister Philip Hammond's slow progress at encouraging greater diversity at the highest levels of the Bank.

There are only three women out of more than 20 officials who serve on the BoE's three major policy committees, appointed by the finance ministry.

In his apology, Broadbent said he had been trying to explain the word "climacteric", a term used by economic historians to describe a period of low productivity growth during the nineteenth century.

"Economic productivity is something which affects every one of us, of all ages and genders," he said.