By Andy Bruce and William Schomberg LONDON (Reuters) - Bank of England rate-setters Michael Saunders and Silvana Tenreyro on Friday played down risks of a sustained surge in inflation when Britain's economy recovers from its pandemic crash, and Tenreyro said more stimulus might yet be needed. 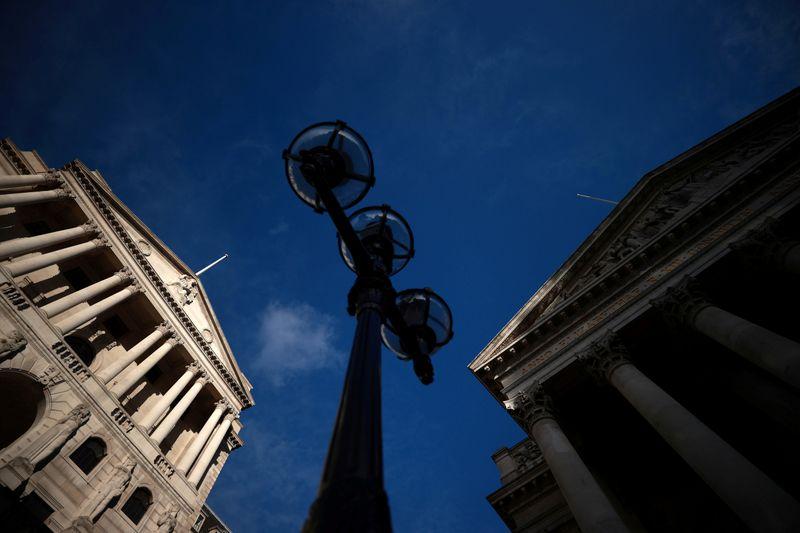 By Andy Bruce and William Schomberg

LONDON (Reuters) - Bank of England rate-setters Michael Saunders and Silvana Tenreyro on Friday played down risks of a sustained surge in inflation when Britain's economy recovers from its pandemic crash, and Tenreyro said more stimulus might yet be needed.

After weeks of rising government bond yields driven by worries about inflation on both sides of the Atlantic, Saunders said the economy may have more room than the BoE predicted last month to recovery without generating excess price pressure.

Tenreyro acknowledged an improving outlook, but she pointed to scenarios that might require more monetary stimulus later this year.

Their comments underscored how most members of the Monetary Policy Committee think that a sustained and hard-to-tame surge in inflation is not top of the list of risks as Britain recovers from its biggest economic slump in three centuries.

"Despite lessening downside risks, there also remain a number of scenarios that I would anticipate requiring looser policy later this year," Tenreyro said in a speech to the Federal Reserve Bank of San Francisco.

She pointed to post-pandemic changes in working habits that could lead to lower demand in some industries and the prospect that many currently furloughed workers will become unemployed.

A slow roll-out of COVID-19 vaccines among many of Britain's trading partners and the potential for a resurgence of the pandemic caused by new strains of the coronavirus were other risks.

While inflation was heading higher, Tenreyro said it was important to differentiate between a sustained increase and temporary pick-ups.

Saunders said the recovery from last year's 10% slump might be quicker than the BoE's central forecasts, made in early February. The central bank said it expected 5% growth in 2021 as the country races ahead with coronavirus vaccinations.

But that did not automatically mean inflation pressure will surge too, Saunders said.

Spare resources in Britain's economy that can be used up as the economy grows before cost pressures build may be "much greater" than the BoE assumed, he said, citing rising unemployment and under-utilised companies.

"My hunch, taking account of a somewhat more optimistic assessment of the outlook for potential output, is that it will take longer to close the output gap than forecast," Saunders said in a speech.

The comments from Saunders and Tenreyro contrast with those of BoE Chief Economist Andy Haldane who has warned of an inflation "tiger" fuelled by the release of household and corporate savings built up during the pandemic and high government spending.