Bank of America warns of slowing growth of net interest

By Matt Scuffham and Siddharth Cavale (Reuters) - Bank of America Corp forecast that net interest income would rise half as fast this year after reporting first-quarter revenue on Tuesday that fell short of expectations. The bank's shares initially fell as much as 2.8 percent but recovered to trade up 0.4 percent by mid-afternoon as analysts focussed on its success in reducing expenses. Bank of America, the second-biggest U.S. 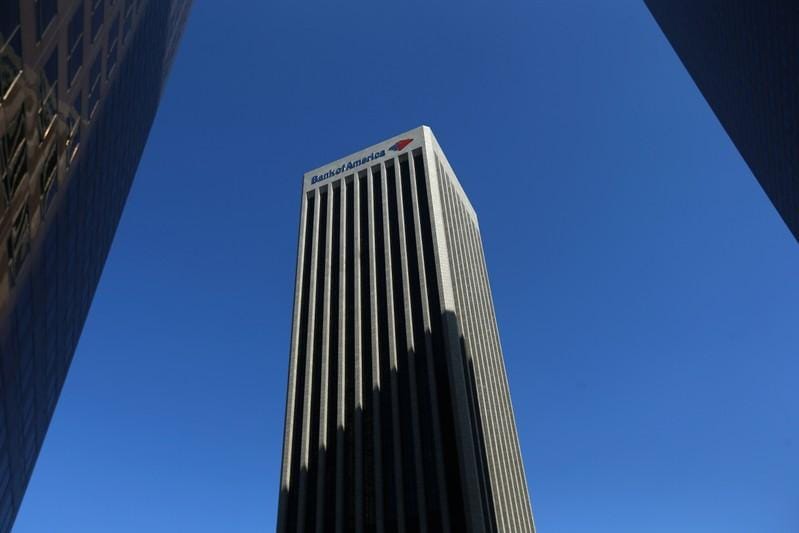 By Matt Scuffham and Siddharth Cavale

(Reuters) - Bank of America Corp forecast that net interest income would rise half as fast this year after reporting first-quarter revenue on Tuesday that fell short of expectations.

The bank's shares initially fell as much as 2.8 percent but recovered to trade up 0.4 percent by mid-afternoon as analysts focussed on its success in reducing expenses.

Bank of America, the second-biggest U.S. bank by assets, followed rival domestic lenders by struggling to generate top-line growth in the latest quarter and suffering from a decline in trading revenue.

During the first quarter, lower market volatility hurt trading revenue at U.S. banks, leaving them to rely on expense cuts to drive profitability. At Bank of America, expenses declined by 4 percent.

JPMorgan Chase & Co, the country's biggest bank by assets, has been the exception. It increased revenue and beat expectations while seeing expenses rise as it invests in new technology.

Allowing for different tax treatments on some assets, Bank of America said revenue came in at $23.2 billion. That compared with the average analyst estimate of $23.3 billion, according to IBES data from Refinitiv.

Chief Financial Officer Paul Donofrio told analysts on a conference call that the bank anticipates its net interest income will rise by 3 percent in 2019, compared with 6 percent last year.

"We've got some near-term headwinds," he said.

The Federal Reserve has signalled it is unlikely to raise interest rates in 2019 given risks to the U.S. economy from a global slowdown. Investors fear that could pressure net interest income, or the difference between what a bank earns on loans and pays on deposits.

The bank saw 3 percent growth in consumer loans and 4 percent growth in loans to businesses in the first quarter, allowing it to capture more revenue from higher U.S. interest rates. The company reported a 5 percent increase in deposits from a year earlier.

Revenue rose in two of the lender's four main businesses.

Donofrio said growth in the bank's deposits and loans suggested the performance of the U.S. economy remained solid despite recession concerns.

"Bank of America has demonstrated for years now that we can grow well in an economy that is just growing moderately," he told reporters on a conference call.

Chief Executive Brian Moynihan cited demand for credit from middle-market business. He said that was "good news for the economy overall."

The lender has benefited from the central bank's four rate hikes in 2018. It relies heavily on higher interest rates to maximize profits as it has a large deposit pool and retains rate-sensitive mortgage securities.

Net interest income - the difference between what a lender earns on loans and pays on deposits - rose 5 percent to $12.38 billion. Deposits on average also rose nearly 5 percent to $1.36 trillion.

However, the bank's trading desks, like those of its peers, have had a slow start this year because of the U.S. government shutdown and lower volatility. Changes in the U.S. tax code and concerns about a trade war spurred more trading a year ago.

Excluding one-time items, the bank earned 71 cents per share, beating the 66 cents per share analysts on average had expected, according to IBES data from Refinitiv.