By Devidutta Tripathy and Aparajita Saxena NEW DELHI/BENGALURU (Reuters) - India's Axis Bank Ltd expects a further revival in the second half of the year after reporting a smaller-than-expected drop in first-quarter net profit and an improvement in asset quality on Monday. 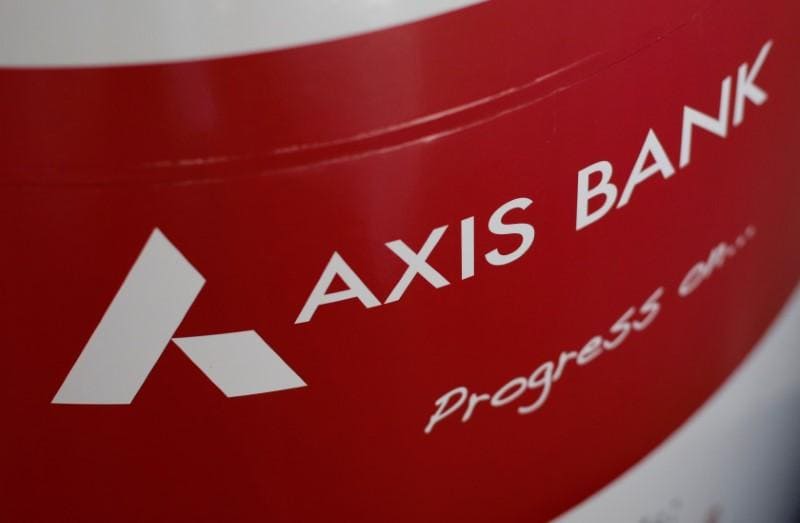 By Devidutta Tripathy and Aparajita Saxena

NEW DELHI/BENGALURU (Reuters) - India's Axis Bank Ltd expects a further revival in the second half of the year after reporting a smaller-than-expected drop in first-quarter net profit and an improvement in asset quality on Monday.

The latest results follow a 21.89 billion-rupee loss in the March quarter, the first loss in the bank's history.

Chief Executive Shikha Sharma, who is due to step down at the end of December after being at the helm of Axis Bank for nine years, said the rate of growth in bad loans had moderated significantly, loan recoveries were coming in, and the bank's risk ratios were also moderating.

"We continue to feel positive about our belief that we should see normalisation of the risk environment in the second half of this year," she told a news briefing after the results.

While more than 86 percent of India's $150 billion non-performing loan pile is held by the country's state-backed lenders, Axis and its bigger rival ICICI Bank account for the biggest chunk among the private-sector lenders.

In the June quarter, Axis Bank saw a 74 percent fall in incremental bad loans to 43.37 billion rupees, compared with the March quarter.

Gross non-performing loans as a percentage of total loans fell to 6.52 percent at the end of June from 6.77 percent at end-March, although that was still higher than the 5.03 percent a year earlier.

Loans grew 14 percent from a year earlier, driven by retail and small-and-medium enterprise divisions, leading to a 12 percent rise in net interest income.

The bank said earlier this month it had recommended names of three candidates to succeed Sharma as CEO, and was awaiting the central bank's approval to take a final decision.

Ahead of the results, Axis Bank shares, valued at more than $20 billion, closed 3 percent higher in a Mumbai market that gained 0.4 percent.