Auto sector slowdown: Festive season fails to lift passenger vehicle sales, major cos report decline of up to 56% in September

Sales of compact segment, including models such as Swift, Celerio, Ignis, Baleno and Dzire, fell 22.7 percent at 57,179 units as against 74,011 cars in September last year. 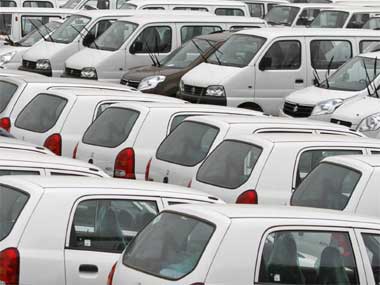 Similarly, sales of utility vehicles, including Vitara Brezza, S-Cross and Ertiga, declined marginally at 21,526 units as compared to 21,639 in the year-ago month, it added.

Hyundai Motor India said its domestic PV sales were down 14.8 percent at 40,705 units as against 47,781 units in September last year.

Reflecting on the sales performance, M&M Chief of Sales and Marketing, Automotive Division, Veejay Ram Nakra said, "We are positive that this festive season, with the onset of Navratra, will augur well for us and the automotive industry."

This, in addition to factors such as the good monsoon and recently announced positive government initiatives should help revive the industry in the short term, he added.

Commenting on the sales performance, TKM Deputy Managing Director N Raja said, "The consumer sentiment continued to be subdued in September which has reflected in the sales slowdown in the industry."

However, the company expects consumer demand will see the much-needed revival resulting in better retails due to Navratri and Diwali, Raja added.

Honda Cars India Ltd (HCIL) on Tuesday reported a 37.24 percent decline in domestic sales at 9,301 units in September as against 14,820 units in the same month last year.

"While the market remained tough in September, the auto sales saw an up-tick from this August which is a positive sign," HCIL Senior Vice President and Director, Sales and Marketing Rajesh Goel said in a statement.

Tata Motors PV sales in the domestic market during the month stood at 8,097 units as against 18,429 units in the same month last year, a drop of 56 percent.

"Towards the end of the month, there was an encouraging response in terms of customer footfalls," he added.