After a revival in demand for cars during this festival season, country's leading car maker Maruti Suzuki reportedly resumed the second shift at its Gurugram facility last month, said a media report. The auto major also employed about 500 temporary workers.

Maruti Suzuki reportedly resumed Gurgaon facility's second shift, which it had suspended in June this year following slow demand, since early October, after a revival in the demand during this festival season, said a report in Financial Express citing people aware of the matter.

Giving the indication that production has improved, the auto major also employed about 500 temporary workers from the 3,000 who were retrenched between July and August this year, the report said. 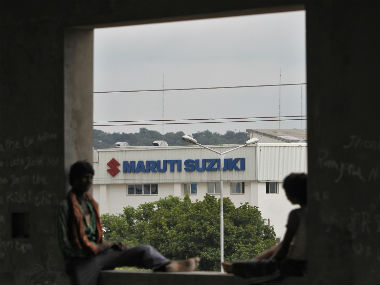 In August this year, Maruti Suzuki had decided to implement the single shift in all the plants of the company including Manesar indicating a production cut in the wake of a persistent slump in demand for vehicles.

In September this year, Maruti Suzuki had said that it would stop production at its facilities in Gurugram and Manesar for two days (7 and 9 September) amid a drop in sales.

The Gurgaon and Manesar units have a combined annual production capacity of 1.58 million units while the Suzuki Motor Corp subsidiary in Gujarat produces 0.5 million units.

Last month, the country's largest carmaker had posted a growth of 4.5 percent in its domestic wholesales at 1,44,277 units in October as against 1,38,100 units in the same period last year.

This is the first time in the last seven months that the company has seen an increase in its domestic sales.

Sales of mini cars comprising Alto, WagonR and newly launched S-Presso stood at 28,537 units as compared to 32,835 units in the year-ago month, down 13.1 percent.

Sales of compact segment, including models such as Swift, Celerio, Ignis, Baleno and Dzire, grew 15.9 percent to 75,094 units as against 64,789 units in October last year.

Maruti Suzuki had reported the biggest drop in quarterly profit in over eight years with consolidated net profit declining by 38.99 percent in September ended quarter hit by a sales slowdown in the auto industry.

The company posted a consolidated net profit of Rs 1,391.1 crore in the second quarter as compared to Rs 2,280.2 crore in the year-ago period.

The last time the company saw a bigger decline in net profit was in the second quarter of 2011-12 when it posted a net profit of Rs 241 crore, down 56 percent from Rs 549 crore in the year-ago period.