Australia to press Facebook for details on Libra cryptocurrency - newspaper

MELBOURNE (Reuters) - Australia's financial regulators may force Facebook to reveal details about its plans for a global cryptocurrency called Libra after the company failed to allay the watchdogs' concerns, The Australian newspaper reported on Wednesday. The newspaper said eight Australian regulators had agreed to use their formal powers to press Facebook on its plans to launch the so-called 'stablecoin' digital currency following an unsatisfactory meeting with the company in October. 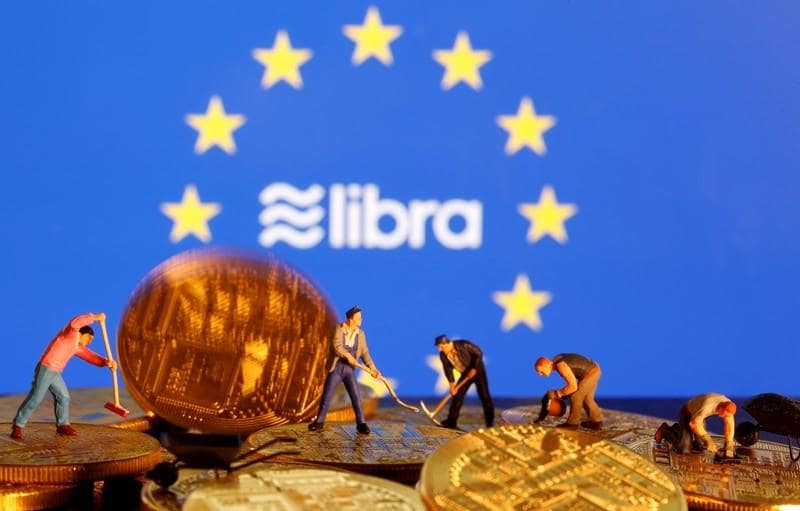 The newspaper said eight Australian regulators had agreed to use their formal powers to press Facebook on its plans to launch the so-called "stablecoin" digital currency following an unsatisfactory meeting with the company in October.

A stablecoin is a digital currency tied to a "stable" asset or basket of assets that can range from real currencies to commodities. Libra would be pegged to bank deposits and government securities across several currencies such as the dollar and euro.

In an email to other regulators cited by the newspaper, Office of the Australian Information Commissioner (OAIC) deputy commissioner Elizabeth Hampton said: "If we don't get answers to these questions from the U.S.-based team we will then need to consider whether formal powers are exercised where available."

The OAIC is the national regulator for privacy and freedom of information.

A specialist committee looking at emerging threats for the Australian Securities and Investments Commission warned commissioners in July that "all regulated entities" as well as consumers and investors could be affected if Libra could not be effectively supervised, the newspaper said.

"The proposed Libra ecosystem also poses many risks and threats, including the proliferation of scams based on Libra via mobile apps," the ASIC committee said, according to heavily redacted documents obtained by the newspaper.

"We also expect that we may identify more risks and threats once we have more information," it said.

The newspaper said Facebook Australia declined to answer a list of detailed questions about its meetings with Australian regulators.

"As a member of the Libra assocaition, we will continue to be a part of dialogue to ensure that this global financial infrastructure is governed in a way that is reflective of the people it serves," a Facebook spokesman told the newspaper.

Global securities watchdog IOSCO said on Monday existing securities rules on disclosures, registration and reporting could apply to "stablecoin" digital currency initiatives such as Libra to help realise its benefits.