By Kirsty Needham, Dominique Patton and Hallie Gu SYDNEY/BEIJING (Reuters) - Australia said on Friday it was closely monitoring exports to China amid 'deeply troubling' reports that Chinese buyers have been told not to purchase seven categories of Australian goods ranging from coal to wine, further souring diplomatic tensions. Australian media have reported that Chinese importers had been informally warned by customs officials that commodities including copper ore, barley, sugar, timber and lobster will face increased inspections from Friday 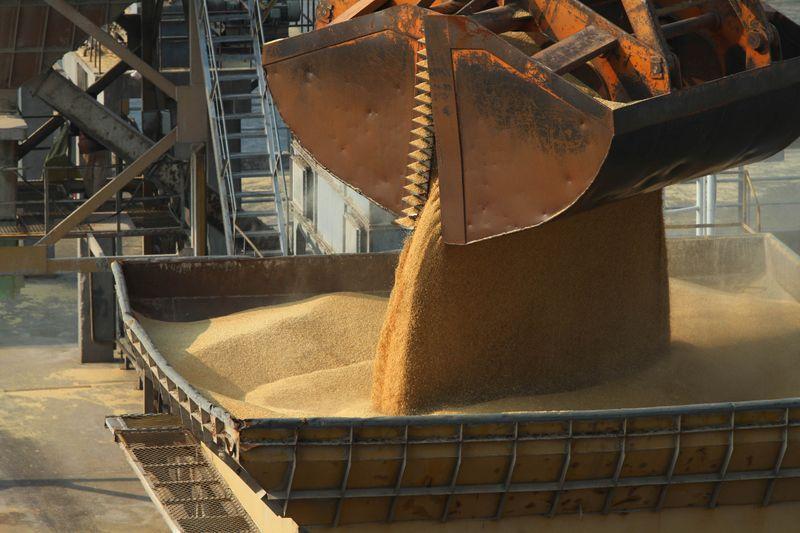 SYDNEY/BEIJING (Reuters) - Australia said on Friday it was closely monitoring exports to China amid "deeply troubling" reports that Chinese buyers have been told not to purchase seven categories of Australian goods ranging from coal to wine, further souring diplomatic tensions.

Australian media have reported that Chinese importers had been informally warned by customs officials that commodities including copper ore, barley, sugar, timber and lobster will face increased inspections from Friday.

Trade minister Simon Birmingham said Chinese officials had publicly and privately denied any coordinated effort was being taken against Australia, and said he hoped Beijing "is true to its word".

"They deny any discriminatory actions that are being taken. But that doesn't seem to be what industry is seeing and hearing at present," he said on radio station 5AA.

A Chinese source briefed on the matter said that trade in the goods was effectively halted for now, and other products such as beef could be affected in future.

"It was not an absolute order, but a suggestion," the person said, declining to be identified due to the sensitivity of the matter.

A Beijing-based wine importer and distributor told Reuters his customs agent in Shanghai was called to a meeting last week and warned that Australian wine would no longer be processed by customs after Nov. 6.

An employee at the company was also called to a meeting in Beijing on Monday and told that Australian wine would not be processed "until other issues were addressed," he said.

The other issues weren't specified, he added.

Asked to confirm if China imposed restrictions on Australian imports, foreign ministry spokesman Wang Wenbin told a briefing on Friday that measures taken by China, which he did not specify, are "legitimate, reasonable and beyond reproach."

Some Chinese importers had already shunned Australian products, even without explicit government orders.

"You don’t know what’s going to happen, and whether the cargoes will be able to come in when they arrive," said a manager with a Beijing-based meat importer.

"There is no explicit order on beef yet, but you can try to understand the situation yourself," said the manager.

Australian companies stopped sending rock lobster to China this week after new customs inspections were imposed on the live seafood, resulting in lobsters dying before they could reach customers. China also halted some imports of timber and banned barley shipments from an Australian-based exporter.

"Clearly it's unacceptable for precious fragile cargo like live seafood to sit on a port for days on end waiting to clear," Birmingham told reporters.

Birmingham said the "range and extent of concerns that industry are hearing is deeply troubling".

"The constant stream, it seems, of concerning, troubling administrative or other decisions being taken in China, heightens the risk for Australian businesses."

Australia's agriculture department held a meeting on Thursday for 400 farmers and exporters to China, warning of the recent delays and commercial losses, it said in a statement to Reuters. Department officials told exporters to seek advice from importers in China on potential disruptions.

An editorial in the state-run China Daily newspaper on Friday said China's investigations covered only a small portion of imports from Australia, adding Canberra should "steer clear of Washington's brinkmanship with China before it is too late".

"Choosing sides will be a decision Australia will come to regret as its economy will only suffer further pain," it said, referring to Australia's U.S. alliance.

Australia joined the United States, India and Japan for the three-way Malabar naval exercise on Thursday, the first time Australia has participated since 2007.