By Sonali Paul MELBOURNE (Reuters) - Australia is working on plans for a gas-driven recovery from COVID-19 that will help the country adapt to a low-carbon future, with the conservative government tiptoeing away from its vocal support for coal. 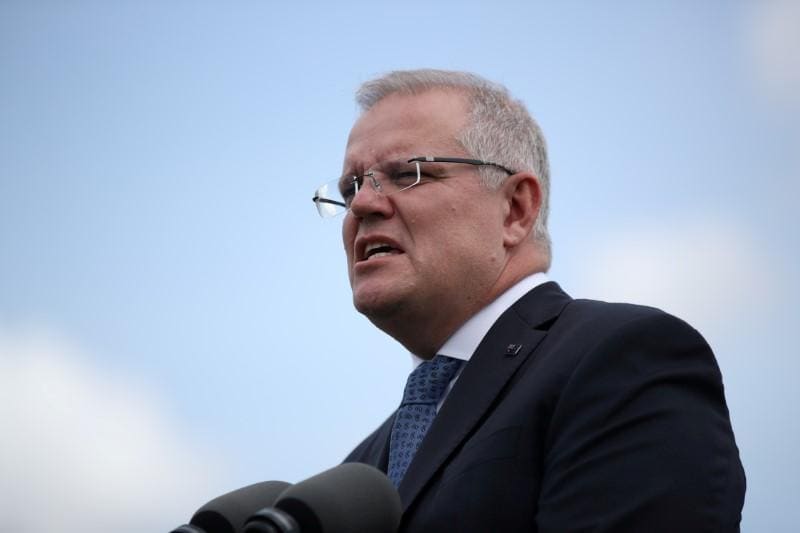 that will help the country adapt to a low-carbon future, with the conservative government tiptoeing away from its vocal support for coal.

Prime Minister Scott Morrison, who once brandished a chunk of the divisive fossil fuel in parliament, has hailed cleaner burning gas as the key to cutting emissions in the transition to renewable energy.

A plunge in prices for the fuel is also being touted as an opportunity to boost manufacturing, while a draft report to government on rebuilding from coronavirus

put gas at the centre of its recovery plan and backed state support for the sector.

The change of focus follows a devastating summer of bushfires and heightened public worries about climate change, along with what analysts say is increasing evidence that new coal-fired power is not economically viable in Australia.

At the same time, it reflects a pragmatic choice that does not abandon fossil fuels. The coalition government still numbers some strong supporters of coal, a lightning rod in Australia's decade-long struggle to forge a long-term climate policy.

"If you want policy that survives, you've got to understand the politics," said Tony Wood, energy program director at the Grattan Institute think-tank.

Others, however, say the plan is flawed. Even with its abundant reserves, the world's largest liquefied natural gas (LNG) exporter will not be able to supply enough cheap gas to the right domestic markets without massive assistance.

The new focus has been welcomed by manufacturers in key industries like fertilisers and explosives which use gas as a raw material but have been frustrated by rising domestic prices and soaring exports.

"In Australia we have the crazy situation where we're the largest gas exporter in the world, yet we've consigned our domestic industry to inputs that just aren't competitive," said Stephen Bell, chief executive at plastics maker Qenos.

Gas could help create new jobs, according to draft recommendations to the government's National COVID-19

Coordination Commission (NCCC), which called for cheap gas as a key raw material for fertiliser, petrochemical and brick manufacturing.

The report, which backed underwriting supply, mandating some supply be kept in Australia, taking a role in pipeline development and tax incentives, targets domestic gas supply at A$4 ($2.72) a gigajoule, around half the average level in 2019.

Australia's east coast gas prices quadrupled between 2014 and 2019. Prices have dropped 45% so far this year with the pandemic oil crash, but remain well above U.S. gas prices, the model for the manufacturing task force's plan.

"That's why we think gas is ... an important part of the mix in coming years," he told Sky News.

Analysts, however, say Australian gas will never be competitive with U.S. prices, where the gas boom has been driven as a by-product of shale oil production.

Most of Australia's low cost gas has been produced, and the country lacks an extensive pipeline network, said Tennant Reed, climate, energy and environment policy head at the Australian Industry Group.

Australia's gas producers are also unhappy at the prospect of government intervention, saying it would discourage commercial investment.

"The reality is gas costs more than it did because it is further from market, deeper in the ground, and producers need to compete for scarce capital – which risks becoming more costly if we reduce investor confidence," said Australian Petroleum Production and Exploration Association chief executive Andrew McConville.

Analysts also question whether Australia could ever provide gas to manufacturers at the price they want, without hefty government support.

"The idea you could get back to A$4 gas is almost fairy dust," said the Grattan Institute's Wood.