By David Shepardson WASHINGTON (Reuters) - AT&T Inc on Thursday asked a federal appeals court to reject the Justice Department's challenge to its acquisition of Time Warner, saying the government had offered no basis for second guessing key conclusions of a ruling upholding the transaction. The government is appealing U.S. Judge Richard Leon's ruling in June that AT&T's $85.4 billion acquisition of Time Warner could proceed. 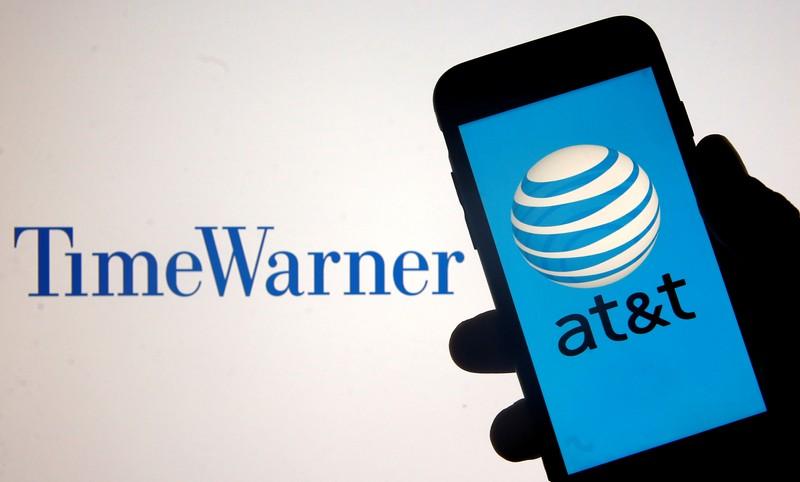 The government is appealing U.S. Judge Richard Leon's ruling in June that AT&T's $85.4 billion acquisition of Time Warner could proceed. The government had said it would lead to higher prices for consumers and was illegal under antitrust law.

AT&T has said it would manage Time Warner’s Turner cable television networks as part of a separate business unit until February 2019 or the conclusion of the government's appeal.

AT&T's brief said the government did not meet its burdens. "In the crucible of litigation, DOJ’s claims were exposed as both narrow and fragile," the company argued.

The merger, announced in October 2016 and closed on June 14, was opposed by President Donald Trump. The merged company includes CNN, a frequent target of Trump’s ire.

AT&T's brief noted the government's lawsuit was the "first litigated challenge to a vertical merger in four decades, prompting many press outlets to question whether the White House had improperly influenced DOJ’s decision to bring the case."

Leon "quashed discovery into that issue, effectively limiting the trial to the fundamental question" of if the deal violated U.S. antitrust law," AT&T added.

In its brief, the government argued the court should have concluded that the merger would give Time Warner more clout at the bargaining table.

Leon ignored evidence regarding how companies use leverage to bargain with each other and failed to consider corporate efforts to increase their revenues, the government argued.

The court’s errors “colored the court’s view of the facts, leading to a decision that is clearly erroneous in light of the evidence presented at trial,” the Justice Department said.

The core of the Justice Department’s concern about the deal is that AT&T, which owns DirecTV, would use its ownership of Time Warner’s content to make pay TV rivals pay more, thus raising their costs and forcing them to charge consumers more.

Oral arguments have not yet been scheduled by U.S. Court of Appeals for the District of Columbia.