(Reuters) - AstraZeneca said its COVID-19 vaccine was 76% effective at preventing symptomatic illness in a new analysis of its major U.S. trial, slightly lower than the level announced this week in a report criticised for using outdated information. U.S 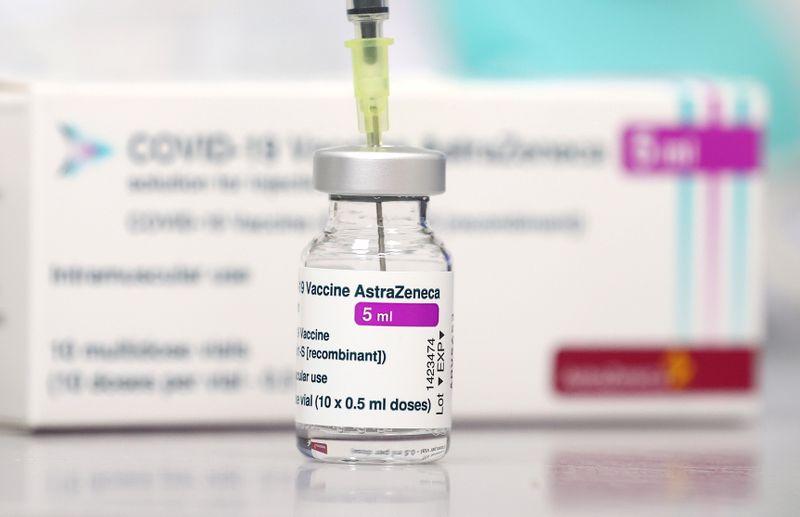 (Reuters) - AstraZeneca said its COVID-19 vaccine was 76% effective at preventing symptomatic illness in a new analysis of its major U.S. trial, slightly lower than the level announced this week in a report criticised for using outdated information.

U.S. health officials had publicly rebuked the drugmaker for not using the most up-to-date information when it published an interim analysis on Monday showing the vaccine was 79% effective.

Here are comments on the latest developments:

"The primary analysis is consistent with our previously released interim analysis, and confirms that our COVID-19 vaccine is highly effective in adults, including those aged 65 years and over.

"We look forward to filing our regulatory submission for emergency use authorisation (EUA) in the United States and preparing for the rollout of millions of doses across America."

"I think one has to just continue to distinguish between the strong, positive, data from the U.S. trial on the one hand, and then the amazing ability of AstraZeneca press release messaging to continually rescue defeat from the jaws of victory!

"Notwithstanding tweaks of the past 24 hours, the data look excellent - and the politics a sideshow. For my taste, we continue to be in a life-and-death race to get vaccines out fast in the face of the third wave threat of variants."

"We are totally reassured with AstraZeneca's vaccine when it comes to efficacy, even though it looks like the company does not communicate very well."

"So all this is very good news that attests to the AstraZeneca vaccine’s effectiveness."

On prospects for FDA approval:

"It's more of a policy issue than a scientific question. The U.S. FDA has given two very quick approvals for two vaccine types, and they have their standard operating procedure. The question is if the FDA has sufficient workforce and the budget to move again with the emergency approval."

A third vaccine approval "is not expected to dramatically change the situation in the U.S. because they have their doses from Pfizer and Moderna."

"Basically it was a governance issue which is resolved now. We really need to take great satisfaction that all these processes are working to make sure that we know everything about the drug.

"AstraZeneca has given more information and the data is looking fine. It’s a very good vaccine."

"I think this will pour some oil on the troubled waters. The vaccine efficacy against severe disease, including death, puts the AstraZeneca vaccine in the same ballpark as the other vaccines.

"The company continues to intend to submit the data to the FDA and its external advisory committee for an EUA which I expect to be granted."

"This appears to be a very effective vaccine with no safety concerns. Hopefully, this should now give people the confidence that this vaccine is the right one to continue to use moving forward."

"This should help secure approval in the United States and increase the trust in this vaccine worldwide."