By Michael Holden LONDON (Reuters) - AstraZeneca has resumed British clinical trials of its COVID-19 vaccine, one of the most advanced in development, after getting the green light from safety watchdogs, the company said on Saturday. The late-stage trials of the experimental vaccine, developed with researchers from the University of Oxford, were suspended this week after an illness in a study subject in Britain, casting doubts on an early rollout 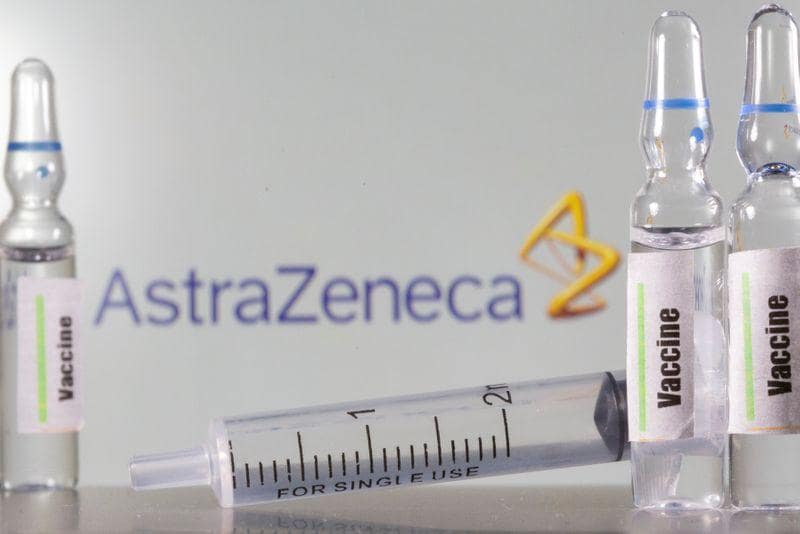 LONDON (Reuters) - AstraZeneca has resumed British clinical trials of its COVID-19 vaccine, one of the most advanced in development, after getting the green light from safety watchdogs, the company said on Saturday.

The late-stage trials of the experimental vaccine, developed with researchers from the University of Oxford, were suspended this week after an illness in a study subject in Britain, casting doubts on an early rollout.

"On 6 September, the standard review process triggered a voluntary pause to vaccination across all global trials to allow review of safety data by independent committees, and international regulators," AstraZeneca said.

It added that safety reviewers had recommended to Britain's Medicines Health Regulatory Authority (MHRA) that it was safe to resume the British trials.

The patient involved in the study had been reportedly suffering from neurological symptoms associated with a rare spinal inflammatory disorder called transverse myelitis.

AstraZeneca, based in Cambridge, said it could not disclose further medical information.

"The Company will continue to work with health authorities across the world and be guided as to when other clinical trials can resume to provide the vaccine broadly, equitably and at no profit during this pandemic," AstraZeneca said.

It declined to elaborate further on when other global trials were expected to restart.

The Serum Institute of India said it would restart its trials once it had permission from the Drugs Controller General of India.

Brazil's health regulator ANVISA said it was awaiting notice from the British MHRA confirming that resumption of trials has been authorized before resuming in Brazil.

The Federal University of Sao Paulo, which is conducting the paused trials, said in a statement that 4,600 of the planned 5,000 volunteers have been recruited and vaccinated without any of them reporting any serious health issues.

Governments around the world are desperate for a vaccine to help end the pandemic, which has caused more than 900,000 deaths and global economic turmoil. The World Health Organization (WHO) had flagged AstraZeneca's as the most promising.

The vaccine is in late-stage clinical trials in the United States, Britain, Brazil and South Africa and additional trials are planned in Japan and Russia.

The pause of the trials came after reports that the United States was aiming for fast-track authorization or approval of a vaccine before November's presidential election.

Leading U.S. and European vaccine developers have pledged to uphold scientific safety and efficacy standards for their experimental vaccines and not bow to political pressures to rush the process.

AstraZeneca has already agreed to supply close to three billion doses to governments across the globe - more than any other vaccine project.

The WHO's chief scientist said the pause in the trials should serve as a "wake-up" call that there would be ups and downs in the development of a vaccine.

"Inevitably with such a large trial there will be times when safety issues arise," said Peter Openshaw, professor of experimental medicine at Imperial College London.

"We must all hope that there are no future events and that the vaccine proves both safe and effective."