By Stanley White TOKYO/NEW YORK (Reuters) - Asian shares and U.S. stock futures rose on Thursday as growing optimism about economic recovery from the coronavirus pandemic trumped immediate concerns about a standoff between the United States and China over Hong Kong. 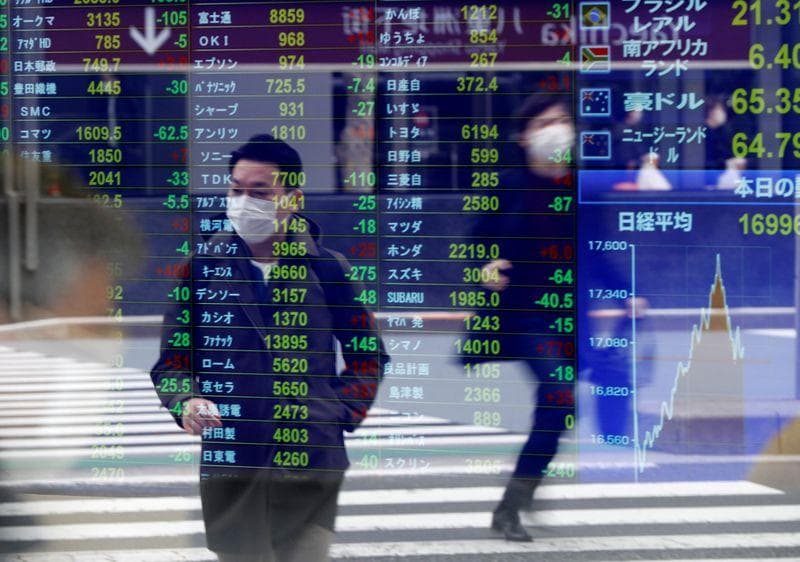 TOKYO/NEW YORK (Reuters) - Asian shares and U.S. stock futures rose on Thursday as growing optimism about economic recovery from the coronavirus pandemic trumped immediate concerns about a standoff between the United States and China over Hong Kong.

MSCI's broadest index of Asia-Pacific shares outside Japan <.MIAPJ0000PUS> was up 0.5%.

Australian shares <.AXJO> rose 1.86% to the highest in more than two months, while Japan's Nikkei stock index <.N225> rose 1.28% to the highest since early March as investors cheered the re-opening of economic activity in both countries.

However, the biggest risk to equities is the Sino-U.S. relationship, which is likely to worsen after U.S. Secretary of State Mike Pompeo that Hong Kong no longer warranted special treatment under U.S. law.

"The overall tone is support of risk-on trades, and we can see less short-selling and more willingness to test the upside in equities," said Yukio Ishizuki, FX strategist at Daiwa Securities in Tokyo.

"There remains a fair amount of concern about Hong Kong, but for now markets look like they will remain calm."

The S&P 500 <.SPX> had closed above 3,000 for the first time in almost 12 weeks, bolstered by bank stocks, as investors hoped that the world economy can recover as it re-opens. [.N]

The S&P 500 has leapt about 36% since the global coronavirus pandemic dragged it to the year's low on March 23, but there are concerns the rally may be overdone and susceptible to a protracted pullback.

Futures for shares in Hong Kong

Pompeo said overnight that China had undermined Hong Kong's autonomy so fundamentally that the territory no longer warranted special treatment, a potentially big blow to the city's status as a financial hub.

Some investors worry a punitive U.S. response to China on the issue of Hong Kong could result in a tit-for-tat reaction from Beijing, further straining ties between the world's two biggest economies and further hobbling global growth.

That pushed the euro to an eight-week high and by early Thursday, the common currency had nudged up 0.1% to 1.1016, while the U.S. dollar index

Gold investors, on the other hand, appeared to shrug off geopolitical risks and focused instead on optimism around the re-opening of the world economy, paring their holdings of the safe-haven metal. Prices extended overnight losses and spot gold